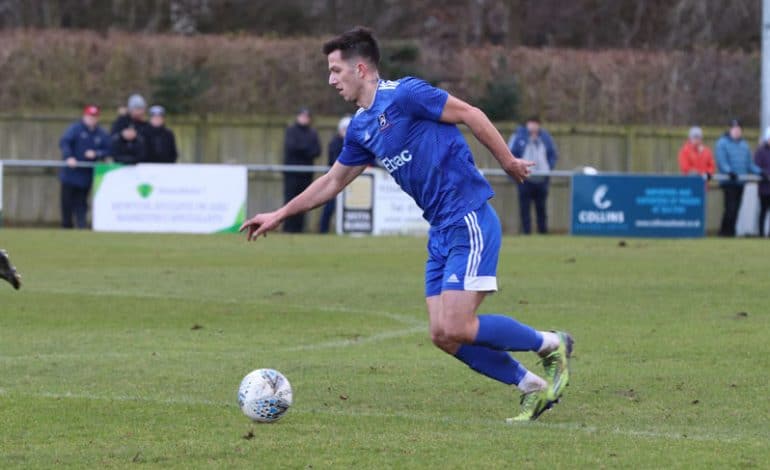 Two goals in five minutes from the visitors put paid to Aycliffe’s hopes of a season double over Consett.

The Steelmen moved to an eight-point lead in Northern League first division having had the disappointment of exiting both the FA Vase and Durham Challenge Cup last week.

Both sides had players missing with Aycliffe without Jack Naylor who broke his fibula at Thornaby and Callum Munroe who was serving the last game of his suspension.

After their strong performance over second placed Thornaby last week, Brian Atkinson’s side were hopeful of taking the points from a strong Consett side.

But two goals from Scott Heslop were sufficient to ensure that Consett avenged the defeat at Belle View in August.

The first goal came on 17 minutes when Heslop was able to get onto skipper Luke Carr’s free kick and head past Adam Pickford in the Newtonians’ goal.

Five minutes later it was Heslop again as he slid in to connect with a cross from the left to poke the ball home and double the lead.

Despite the efforts of both sides that completed the scoring with Consett taking the three points.

Aycliffe are back at the Beaumont Landscapes Stadium this Friday night (January 28, 7.45pm kick off) when West Auckland Town will be the visitors.

Aycliffe had the edge in the reverse fixture in September when Andrei Ardelean (pictured above) and Adam Burnicle scored in a 2-1 win.

Aycliffe now sit sixth in the league just one place and two points ahead of West Auckland.

Friday night games are becoming increasingly popular in the Ebac Northern League with many teams electing to move games from Saturday.

Fans are encouraged to get along to the Beaumont Landscapes Stadium at Newton Aycliffe Sports Club, Moore Lane, for some Friday Night Footie. Admission is £7 adults, £5 concessions with accompanied under 12s free.