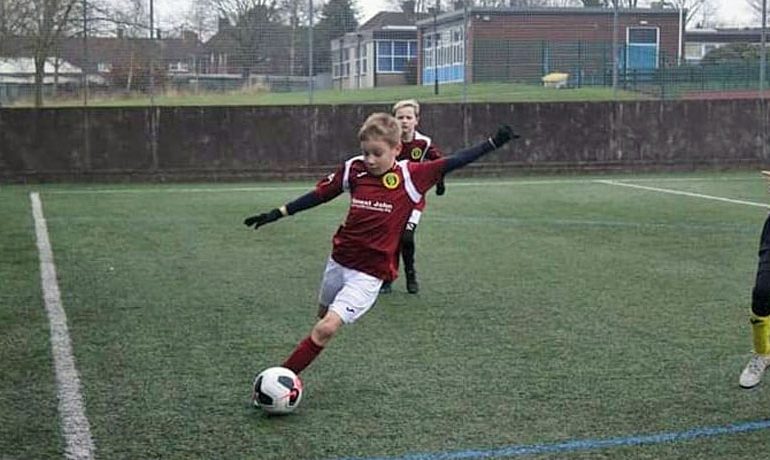 It’s been another great weekend of football for the Junior teams with all sides looking to get another 3 points and keep pushing forward in their respective league campaigns.

Our Under 7 whites faced off against Coxhoe. It was a tough game against a well drilled side but the Juniors battled well. The man of the match was Reagan.

Under 7’s blacks were up against Marton yellows in a friendly game, with the team putting in a much better performance showing the work in training is really paying off.

U8 blacks were up at Durham for their fixture. The team stuck to their way of playing using the width and looking to play from the back. Going 1-0 down in the first half the lads picked themselves up and Charlie grabbed an equaliser early in the 2nd half.Jake got MOTM for his great goalkeeper performance.

The under 8s Whites travelled to face Ryhope in their currently unbeaten league run.The game started slow however eventually was bought to life with some excellent football being played from both teams. The Aycliffe side continued their successful run of form thanks to 4 goals from Jack and 2 from Dom. Sammy was awarded man of the match for a strong and determined performance.

The under 10s enjoyed a home game vs Hornets at the weekend.The team started incredibly with Callum bagging a hat trick inside the first ten minutes.Preston then added a goal to the juniors tally following a great piece of skill.In the second half Callum got his fourth of the game with a composed strike from outside the box earning him the games man of the match award.

Our under 11 blacks played at home against beamish stripes. With players missing it was always going to be a tough outing for the Aycliffe Side. Keatons goal wasn’t enough to get any points for Aycliffe in a game where Leon was awarded man of the match.

The under 11s faced Linthorpe Academicals.This game had no shortage of goals with Oliver getting a hat trick and James and Ethan also getting a goal apiece. In a game where the juniors put in an amazing team performance Oliver was given the man of the match award.

Our under 12s played Darlington FC at home at the weekend and each player put on an inspired show, the team showed they had no problems with finishing their chances as Niall scored 5 goals, Tyler scored 4, Brad scored 3, Jayden scored 2 and Jack C got himself a single goal. The man of the match in this one could have been given to anyone however was awarded to Connor for a calm and composed defensive performance.

The under 13s travelled to play Saxon juniors. In what turned out to be a very physically challenging game the Aycliffe teams effort and determination saw them walk away with all three points in a 4-1 victory. Goals came from Will, Dan H, Alfie and Josh.

Our under 14s hosted the league leaders Tyne and Wear Dragons with a very small squad due to illness and injuries. Although it was a tough game Aycliffe appeared to hold their own putting in a very strong performance, unfortunately this wasn’t enough to see them get any points from this game. Kamil was awarded man of the match in this fixture for his hard work and movement on and off the ball.

Last but not least our under 15s travelled to Linthorpe with a smaller squad than usual.It was a tightly contested game for the most part with all players being played in unfamiliar positions however their determination and ability was enough to get the Aycliffe side all 3 points thanks to a hattrick from eventual man of the match Leon and a penalty from Lewis H.