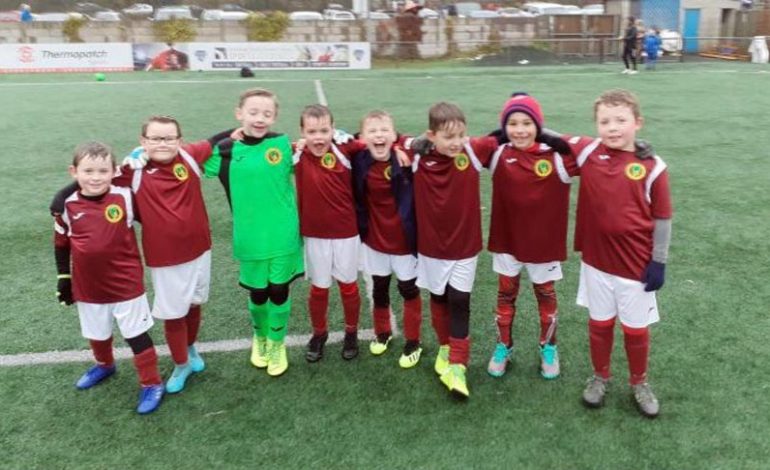 It has been another two weeks where the weather has played havoc with the NAJFC fixtures with lots of games called off due to unplayable pitches.

However a small majority of teams still managed to brave the winter conditions and compete in some grassroots football.

Under 7 Whites played in some brutal conditions again. Each week the team are showing their progression with some great passing, however they were unlucky in their performance. Man of the match going to Harry C

Under 8 Whites played in the very wet conditions against last year’s league winners Spennymoor. The boys put in a massive performance and it showed with the determination to keep battling when they went behind early on. Goals from Jack X2, Dom and Tyler. Man of the Match was given to the whole team for their performance as they all produced some last ditch tackles to keep the lead for the team.

Under 8 Blacks played in the RF league and managed an outstanding performance for their first league win. There were 3 goals from Rhys, 2 goals from Benjamin , 2 goals from Max and man of the match going to Rhys for listening to the saying “If you don’t shoot you don’t score”. Also a special mention to goal keeper Jake who is showing some great improvement in goal and that showed with some great first half saves.

Under 10’s played host to Billingham Whites. In an incredibly tight match which saw some outstanding saves from goal keeper Jack, it just wasn’t enough to secure the win. The boys however played really well and stayed positive, always pushing hard to get an equaliser. Man of the match was Jack.

The development game was a bit more open with lots of chances for both teams. This time man of the match went to Oscar who played excellent in both defence and attack.

Under 7 Whites played a tight game but unfortunately in this game they didn’t have the luck required. The juniors played with great spirit. Man of the match this week going to Oscar.

Under 8 Juniors played away against a very strong Leven side. Despite only having 5 players the boys battled and created some decent chances but couldn’t match the quality of Leven. The only goal for the juniors came from Jack and Man of them match went to goal keeper Dom for some fantastic saves

Under 12 Blacks managed to complete their game unfortunately the opposition were more on the ball this weekend. The juniors however never let their head heads go down and battled to the end.

Our ever enthusiastic junior players and coaches are hopeful for a milder and drier weekend as we approach the final few fixtures before the Christmas break.