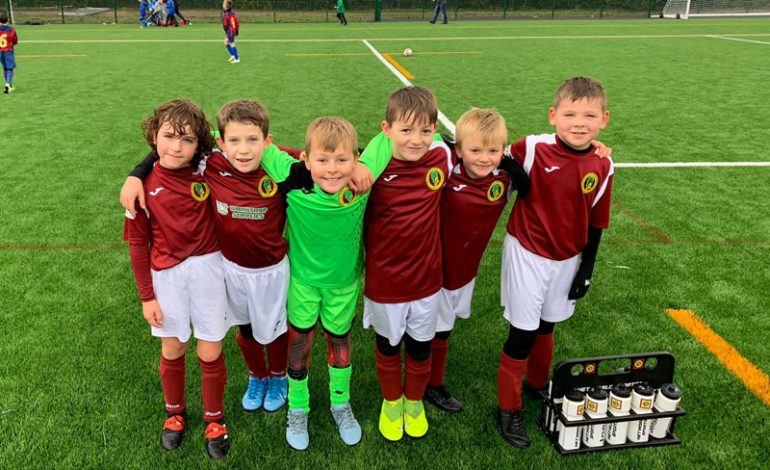 As we move into the freezing conditions of the winter seasons the weather seems to be declining however for our Junior teams the passion and ability to play football remained at a top level with many games being played over the past weekend.

The Under 7 Whites played Thornley in awful conditions however this didn’t stop our players from giving it their all and trying their hardest to play some good football. Still, the team are improving week in week out and managed to get two goals this week coming from Oscar and Regan. Regan also won the man of the match award after a great performance.

Our Under 8 whites side faced off against a strong Durham city colts team and after a great game with some outstanding effort and determination shown it ended up being a good morning for the Aycliffe side. There was no shortage of goals in this game either with Jack and Tyler both grabbing themselves a brace with Sammy also getting himself a goal and the man of the match award.

The Juniors Under 8 Blacks travelled to Durham to play in testing conditions and it seemed like it was going to be a wasted trip after a very slow and lax first half. However after listening and taking in all that they were told in the half time talk the lads pushed on and made the trip a little bit better with Max grabbing the side 2 second half goals. The man of the match from this game was awarded to Jake for some great instinctive saves and a massive improvement in concentration.

Our Under 8 Juniors travelled to Stockton Town Yellows on Sunday morning. After a great battling performance from the whole team there was a game that ended up with a massive 10 goals. Goals for the Aycliffe side came from Alfie, Jonah, with Jack getting 2 goals. The man of the match award was presented to Jonah for his outstanding work rate.

The Under 10s kept up their brilliant form in the league facing Leven at home. After an incredible performance and some incredible football being played there was only going to be one clear winner. In this game, George and Callum both got themselves 2 goals each with Thomas also getting on the scoresheet. The man of the match from this game went to Callum.

Our Under 11 Clarets faced off against Normanby and this was never going to be an easy game. Both teams played excellent football throughout the match making it a brilliant game from a neutral’s perspective. The Aycliffe side pushed on in the second half and their never give up attitude shone as Kai, Danny and man of the match Alex all scored. It was a resilient performance from the whole side and made for a very proud coach.