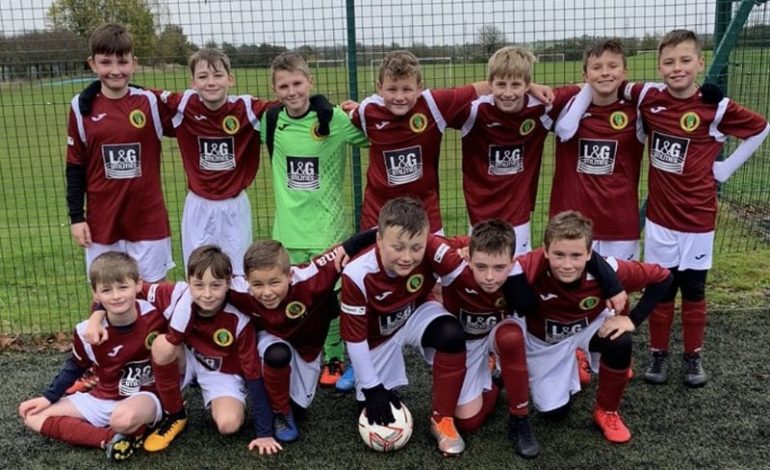 Yet again another wet weekend, however we still had some NAJFC teams in action and ready to play come rain or shine.

Under 7 Whites played against Blackhall. Although it was a tight exciting game the result didn’t go their way. Man of the match was awarded to William for some fantastic saves

Under 7 Blacks played away game in the cup against a strong South Park Rangers. The lads tried their best, but the result didn’t go their way. However the game was very close with an abundance of goals from both teams. Man of the match went to two players this week Ryan and Regan

Under 8 Whites played their first game of the winter season at Washington hub North East Sport Albion . There was some fantastic football played with 12 goals in total scored for the game. Due to their team performance the whole team was awarded Man of the Match.

Under 8 Blacks played local derby against Heighington. Unfortunately the result didn’t reflect the performance. Man of the match went to Max for his performance in many positions during the game.

Under 8 Juniors played a reversed fixture in the cup due to the weather against a strong South Park Rangers Reds. A great performance was produced by the whole team in the game that produced some good quality football. Man of the match was a no brainer and was given to the whole team for their performance

Under 10s unfortunately didn’t fair too well this weekend and the team just struggled to get going the challenge cup against a strong Leven. The Man of the match went to Theo. In the development match the boys were far better and man of the match in this game went to Callum

Under 11 Whites reversed their cup match to Sedgefield. Another spirited effort from the boys at the start of the game but it just wasn’t to be there day. Man of the match went to goalkeeper Danny who is showing more and more improvement every game

Under 12 Whites yet again produced another good home performance against Thirsk winning 8-0. Scorers were Tyler, Niall, Aiden, Ollie and Jayden. Man of the match this week went to Tyler

Under 13’s travelled to Bedale this week and after an even start the boys produced a good solid performance coming out winners 6-1.Two goals from Zak who has scored in every game so far this season. Other goals from joe, Thomas and Dan.