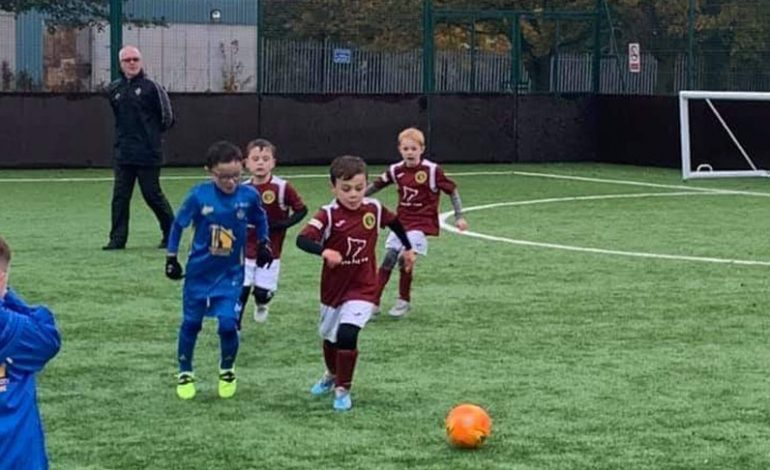 Although we had another horrible weekend in terms of the weather, we still had some Juniors teams raring to go and play another round of league fixtures.

We first had our U7s who played a friendly against Chester-Le-Street. The man of the match award went to Noah however all of the lads played brilliantly and any single one of them could of won the award.

Aycliffe Juniors U8s Juniors faced Darlington Fc Quakers in a draw that produced 10 goals. With Alfie getting himself a superb hattrick and Daniel and Jack getting a goal apiece.The man of the match was Alfie after some great attacking play.

The Under 11 Whites travelled to play Prissick Rovers Madrid.Without a full team it was always going to be a tough outing. The result didn’t go the Juniors way however Jake received the Man of the match award after scoring a brilliant free kick.

Our Under 12 Whites played Spraire Lads at home in what was a tightly contested game.Goalscorer Tyler grabbed the man of the match award after scoring a brilliant solo goal in a game that saw Aycliffe leave with the 3 points.

Aycliffe Juniors U12 Blacks faced a strong Norton side in what was a tough game for the Aycliffe team. Although the result didn’t go their way this week they will be looking for a sharp turnaround next week to get another 3 points on the board.

The final team to play was our Under 15s who travelled to Redcar.The team only had 9 players to start with and after having one sent off, it was always going to be a struggle for the Aycliffe side. Lewis and Charlie grabbed themselves a goal apiece and Jake was awarded the Man of the match award for a great performance and attitude.

As always we say a huge thanks to our volunteer managers who played their parts in getting football matches played in extremely trying conditions.