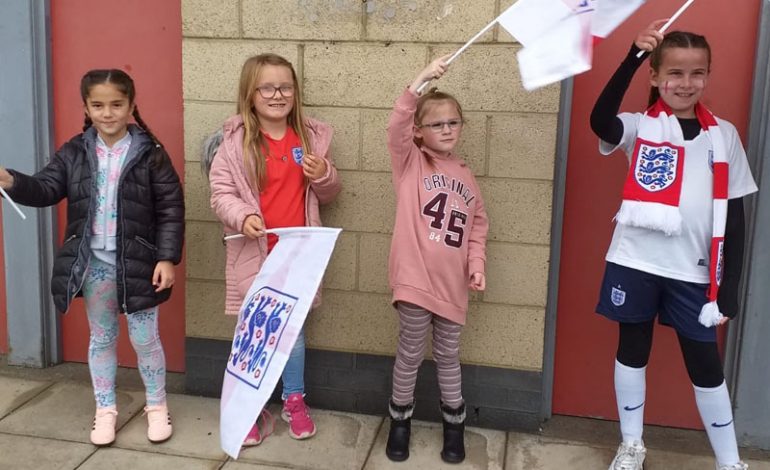 Not many of the Aycliffe Juniors teams got a game in this week due to the weather conditions, but they’re hoping to get back to normality next week.

The Under 7s whites travelled to Durham and played a great game with some fantastic defending, the team working the ball well going forward and getting some amazing shots off on goal. The man of the match was Regan for his work rate but the whole team worked really well together.

The Under 8 Whites faced Brandon FC and it was an inspired performance from all players. Jack got himself a hat trick with Joel and Sammy grabbing a goal each and Tyler won the MOTM award for some excellent play on and off the ball

The Under 8 Blacks came up against a strong Whickham team who are currently top of that divisions league. Rhys hit the back of the net with an early goal for the blacks. The man of the match from this one was Oliver. The team are hoping for a more positive result next week after a great effort from the lads.

The Under 13’s travelled to Richmond in a rearranged home game in The Challenge Cup. The game proved to be a cracker and somewhat of a goal fest. Jake give the Juniors the lead early before Richmond scored three without reply to make it 3-1 to Richmond. Two goals each from Will and Thomas A, give the lads a 3-5 lead. Thomas A completed his hat-trick before half time to give the Juniors a 3-6 lead at the break. Zak made it 3-7 early in second half before Richmond pulled two back without reply to make it 5-7 and a ensure a tense finish to the game. The lads regained their composure and Charlie, then Daniel scored to make it 5-9. There was a further goal for Richmond before Will completed the scoring, with his hat-trick. Full time score Richmond 6 Aycliffe 10. A great game played in the rain with Aycliffe Juniors into the next round of the Challenge Cup.

A special mention to our little ladies, the NAJFC Wildcats who had their first taste of international football at weekend, travelling to the Riverside Stadium to watch England womens team take on Brazil (pictured above). A great time was had by all! Some of these girls have not been to a football stadium before so it was a great experience for them and what better game to watch than the England Lionesses in action!