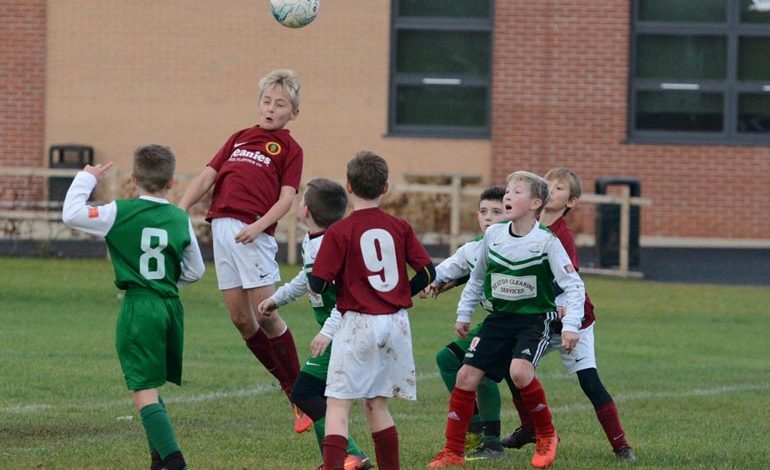 As we approach the Christmas break the Aycliffe Juniors teams enjoyed another series of games, and there were some great performances from the teams.

The Under 9 Russell Foster League team played Seaton United in their sixth winter league game. It was goalless at half time then Jake scored a superb second half hatrick to gain the man of the match award and a 3-0 win.

The Under 9 TJFA league team played away at Bishop Auckland Aces and came away 7-1 winners. Niall headed the first goal and Rhys chipped in the second before the break. Niall tapped in the third, Dan added another and Jayden’s hatrick ensured the win. The second game was won 4-0 and Jayden and Aidan were named as the mornings men of the match.

The Under 11 Russell Foster league team got back to winning ways against Durham County Athletico. Tom A played Sam in to open the scoring before Charlie scored to make it 2-0. Durham got one back but Sam’s second made it 3-1 at half time. Second half goals from Noah and then Bo secured a 5-2 win. Tom A and Ted were awarded a shared man of the match award.

The Under 11 TJFA league team were playing away at Golden Flatts. They went a goal behind before Zack and Jacob (2) scored to make it 3-1 at half time. Jacob finished off his hatrick in the second half with Zack getting another along with a goal from Jake M and a stunning score from Charlie in this 7-1 win.

The Under 12’s won 3-0 at home to Heighington. They pressured from the off and after forcing a couple of good saves it was Clark who opened the scoring for Aycliffe. A great team goal was finished by Hardy before R Hillman’s super strike made it 3-0. This was a great effort and all the watching parents were really proud.

The Under 15’s came out 3-2 winners against Redcar Town. They started well pressing hard. Their efforts were rewarded when Stoker played in Martin to score the first goal. It was 2-0 soon after as Stoker scored himself but after a couple of errors it was 2-2 at half time. After applying lots of pressure for the winner it came from Burrows’ sublime finish. This capped a great team performance and moved the side up to third in the league.

The Under 23’s played Guisborough Town at Sunnydale, the visitors are the current league champions so it was a tough task ahead. A keenly fought game was played out and it was 0-0 at half time. Despite the visitors starting the second half well Raisbeck scored to give Aycliffe the lead. Guisbirough equalised but man of the match Matty Raisbeck slotted home the winner late in the game. A really good performance and a 2-1 win.