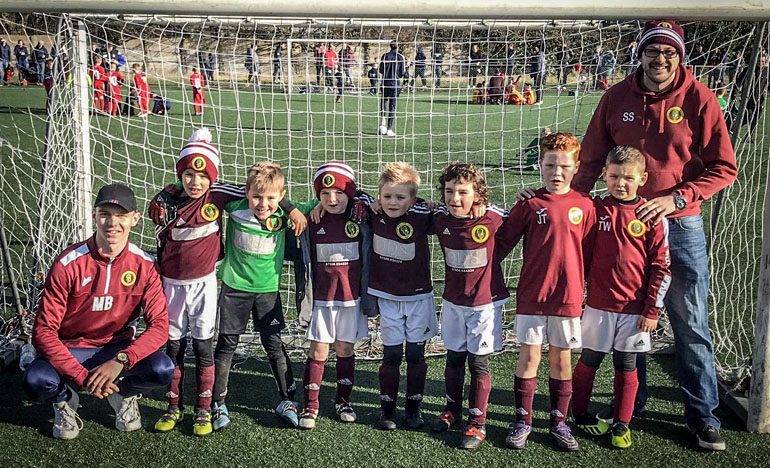 The wet weather led to a number of postponements this week as pitches were left waterlogged. A few of the Aycliffe Juniors football teams did manage to get their games on.

The Under 7’s Whites played in an exciting four all draw with Crook Town Hornets. Man of the match Jack R scored a hatrick and Tyler also scored.

The Under 8’s played the last game of their league season away at Darlington Spraire Lads. Evan and man of the match Alex scored in a 6-2 defeat. The development game ended with a 2-1 victory with Sam and Layton scoring the goals.

The Under 10’s Claret played away at Darlington 21st All Stars. Both teams took time to settle in to a game played in bitterly cold conditions. Aycliffe managed to equalise twice after going 1-0 and then 2-1 behind and they went on to get a late winner to make the final score 3-2 to Aycliffe. The scorers were Ashton (2) and Danny with Kai named as the man of the match.

The Under 11’s Black were involved in a great game against South Park Rangers. Rhys scored the first goal but South Park went on to build a 3-1 lead. Aycliffe then showed great improvement with Charlie and Jake scoring to bring the scores level. Rhys’ second goal capped a great comeback to win the game 4-3. The whole team were named as men of the match.

The Under 11’s White lost out 3-1 to Hartlepool FC. The goal was scored by Harvey Lee and the man of the match was Jack Lowis.