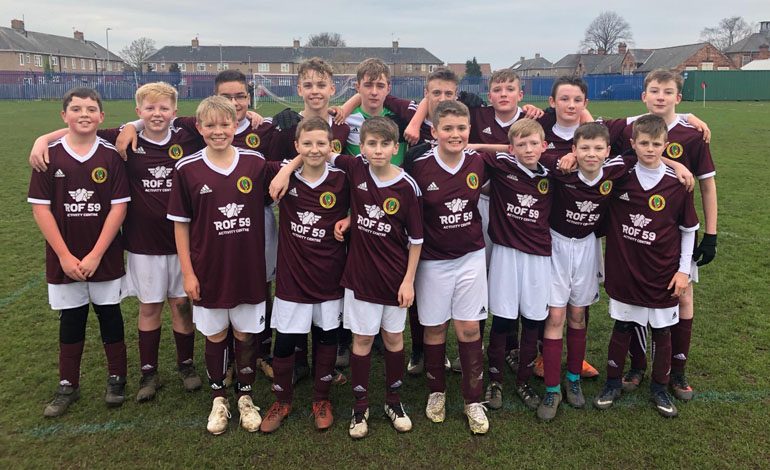 The Aycliffe Juniors enjoyed their first football games in 2019 after enjoying a break over the festive period.

The Under 7’s White faced top of the league Durham Wolves. A great game ended 3-3 with Jack R (2) and Jack C scoring the goals and Joel names as man of the match.

The Under 7’s Juniors came up against a really strong Leven team in the League Cup quarter final. A good team performance was not enough to progress the next round. Alfie was named as man of the match.

The Under 8’s played at Norton & Stockton with David getting two goals to open up a lead. The hosts though came back well and the game ended 2-2 with Alfie named as man of the match. The development game also ended in a draw with six goals evenly shared. Jack and Harry (2) were the scorers.

The Under 9’s played Wynyard at home in the cup. A great effort made the coaching staff proud with captain and man of the match Kenyon particularly impressive in a 3-0 defeat. In the development game Jack scored a fine goal and Oscar was man of the match in a 1-1 draw.

The Under 10’s White played away at Norton & Stockton. They went behind but battled hard with two goals from man of the match Jayden keeping them in touch. They eventually lost out 6-2.

The Under 11’s White has a superb start to the new year. They played league leaders Boro Rangers Red and won 4-2 with a fine team effort. Niall, Ollie, Jayden and Aidan scored the goals and Dom was the man of the match.

The Under 11’s Black played at Woodham against TIBS yellow. They went behind twice but each time Jake equalised and the match ended 2-2. Jayden was the man of the match.

The Under 12’s travelled to play second placed Saltburn. In the first half they didn’t do themselves justice but the hosts missed a penalty and the game remained goalless. Man of the match Noah played well in the second half and a good defensive effort made the final score 0-0.

The Under 13’s Russell Foster League team played a strong Gateshead team at Woodham. They went 1-0 down then a penalty was missed which would have got them back in the game and eventually lost out 3-0.

The Under 14’s travelled to play Thornaby from the league above in the cup. They put in one of the best performances their coaching staff have seen. First a Lewis Hardy cross was defected in and then the same player crossed again for Dylan Maughan to superbly volley in. These goals sealed a great 2-0 win with Ben Hitch named as the man of the match.