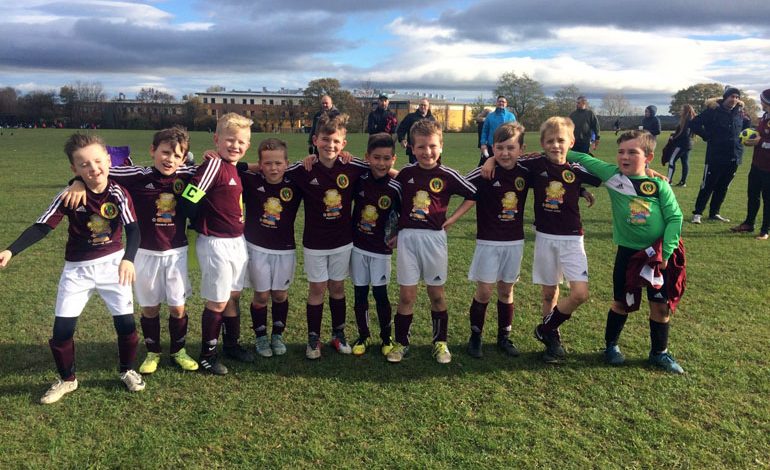 The Aycliffe Juniors football season marched on with another series of exciting games over the weekend. There were good performances that didn’t necessarily get the results they deserved.

The Under 8’s unbeaten start to the season came to an end at Trimdon. They lost the match 8-0 and in the development game goals from Layton (2) and George were not enough as they lost out 5-3.

The Under 9’s travelled to Bishop Auckland, excellent goals were scored by man of the match Oscar and Stephen but the Aycliffe team lost 5-2. In the development game Theo scored his first goal of the season in a 1-1 draw.

The Under 10’s Clarets played away at Hartlepool Youth they showed continued improvement and put in a good team performance. Goals from Kai and Danny were not enough to get the win. The development game was won comfortably by Aycliffe and Harry was the man of the match.

The Under 10’s White played a friendly against Billingham United. After going 3-0 down there were two good goals from man of the match James but the comeback wasn’t enough and the match ended in a 3-2 defeat. The development game gave debuts to Danny and Jack and the Aycliffe team dominated this match and won 4-2. The goals came from James (2), Jayden and Jack.

The Under 11’s White played Boro Rangers at Woodham. The game was evenly poised at 0-0 with only ten minutes left. An Aidan Armstrong goal was matched by the visitors making it 1-1 with the match coming to an end. Rangers though got two late goals to win the match 3-1. Harvey was the man of the match.

The Under 11’s Black played TIBS and is was a very close game. Aycliffe hit the wood work on numerous occasions but couldn’t get a goal and lost 1-0.

The Under 12’s played at home against Redcar Town. They put in a great performance and won 8-0 with the whole team named as men of the match. The scorers were Jake (3), Alfie (2), Thomas, Charlie B and Daniel.

The Under 13’s Russell Foster League team played against Tyne and Wear Dragons at Woodham. It was a hard fought game and Aycliffe were left to wonder about their missed chances, as despite goals from Herbie and Taylor they lost out 3-2. The visiting coach named Sam and Bo as joint men of the match.

The Under 13’s TJFA League team had a tough trip away to last seasons champions Marton Whites. They couldn’t get anything from the game and ended up with a 6-0 defeat.

The Under 14’s played travelled to Cargo Fleet with five regular players missing. They never really got in to the game and lost 5-1. The highlight of a below par performance was the goal scored by Callum Fraser.

The Under 17’s took their only available eleven players to Middleton Rangers. They were 2-0 down early in the game but two great goals from man of the match Jack Birbeck levelled the scores. With no subs available the team tired and conceded two late goals and lost the game 4-2.