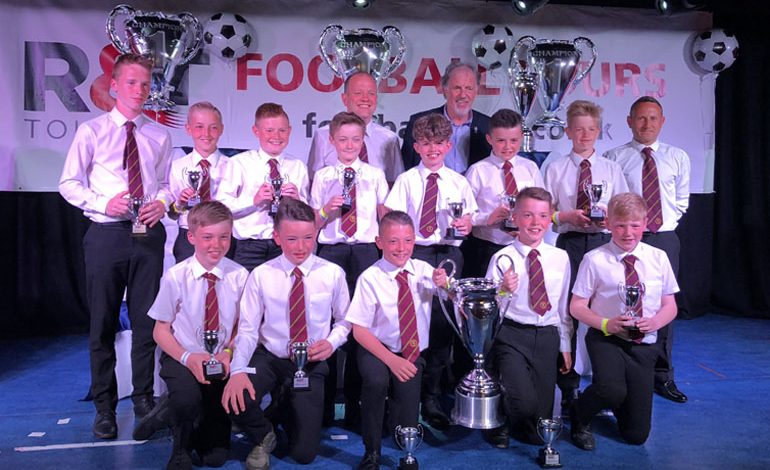 A number of the Aycliffe Juniors teams traveled to Silloth to compete in the Lake District Challenge Cup played over two days of the Bank Holiday weekend.

They faced a variety of teams who had joined them from across the North of the England and Scotland. Each team had a great weekend and the Under 10’s finished as runners up and the Under 12’s as champions.

The Under 7’s played their seven games over the two days and recorded impressive wins against both Silloth teams. The highlight was a great hatrick from Sam in one of the wins as they finished sixth in their league.

The Under 9’s enjoyed five matches and finished third in their league after winning two games. The victories came against Durmsagrad FC and Dalston Juniors with a draw against Milton Rovers.

The Under 10’s progressed to the final of their tournament after finishing second in their league. Over seven games they managed five wins, a draw and a loss with a great run earning wins in their final four games to get to the final. The league winners Dundee United Sports Club edged a tight final 1-0 so Aycliffe ended as runners up.

The Under 12’s faced teams from Scotland, Merseyside and Cumbria in eight games. They started with a 0-0 draw against Patrick Thistle then went on a great run. The next seven games featured 28 goals scored and only 1 conceded to secure seven wins. This put them top of the league and saw them crowned as champions. Scorers over the weekend were Zack (9), Liam (6), Charlie B (5), Evan (2), Lucas (2), Harry (2) with Oliver and Jake P getting one each. Charlie B’s performances saw him named as the player of the tournament.

Across the week there was also a variety of other local league games involving Aycliffe Juniors teams with the results as below;