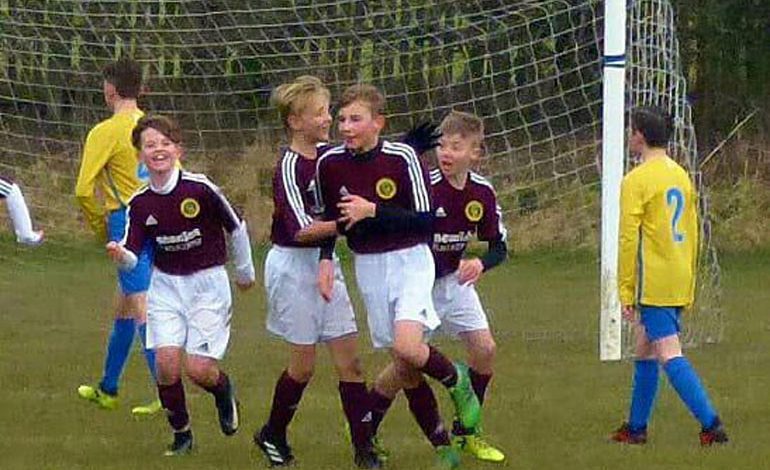 The football season continued with the Aycliffe Juniors teams hoping for a consistent run of fixtures and an end to the weather enforced postponements.

The Under 6’s enjoyed a great match day experience at Rockcliffe Hall when they visited the Middlesbrough FC academy and played a variety of local teams including an MFC Development side. They played four games and they had a great mornings football.

The Under 7’s hosted Hartlepool Pools Youth ‘Blue’ they lost the first game 6-0 but improved to draw the second 3-3. Great defending from the visitors prevented Aycliffe scoring in the first game. In the second two great strikes from Evan and a goal from David put Aycliffe 3-0 before Pools came back to draw.

The Under 8’s played a local derby at Sunnydale against Bishop Auckland Kings and they won by five goals to three. They established a four goal lead with Thomas, Dylan and Kenyon on target as well as an own goal adding to the total. Kings came back to 4-3 before man of the match Dylan’s shot rebounded for Thomas to score. The development game allowed new player Oscar to join in and goals came from Josh (2), Dylan and Oliver in a 7-4 loss.

The Under 10’s ‘White’ faced Norton & Stockton Ancients ‘Amber’ and two goals from Niall led them to a 2-0 win. Connor was named as man of the match in the league game. The development game was won 6-1, Will got a hatrick, Oliver, Aidan and man of the match each added a goal.

The Under 12’s Russell Foster League team played against Beamish Sparks. They were up against a team sitting second in the league and started well taking the lead. However as the game progressed they slipped behind and ended the game on the wrong end of a 5-1 scoreline.

The Under 12’s TJFA League team played their first home game of the calendar year against Stockton Town ‘Yellows’. They went ahead with a neat finish from Liam but then conceded two goals to go behind 2-1 at half time. The second half saw relentless Aycliffe pressure, after a number of chances the equaliser was scored by Will. The winning goal though could not be found and this game ended 2-2.