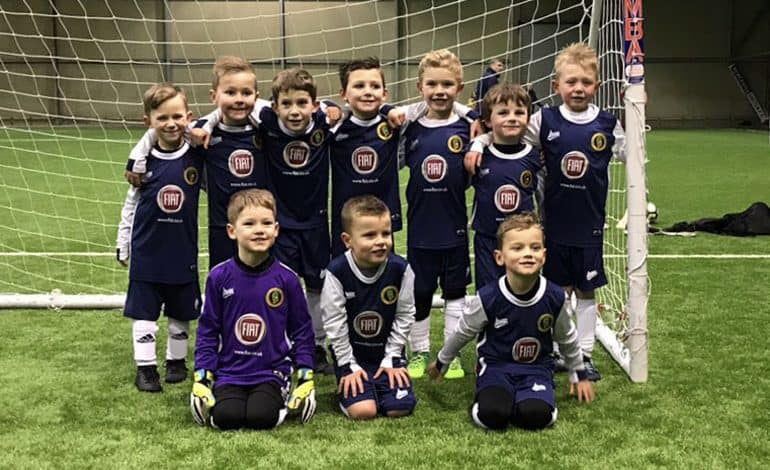 It was another weather affected weekend for the Aycliffe Juniors football teams.

The highlight was for our Under 6 team who enjoyed some Friday night football.

The Under 6’s were invited to play at Newcastle United’s Academy on Friday. It was a great experience for Dom, Denver, Dan, Jonah, Kai, Mason, Jack, Jensen, Marley and Ryan. They played 4 mini games against the Newcastle side and put in a great effort, well done to all the players.

None of the clubs scheduled league matches survived the weather. The Under 8’s though enjoyed playing indoors at the Alun Armstrong Sports Centre against Newton Aycliffe Youth. This training game consisted of a few twenty minute sessions with all players enjoying the match and taking the chance to play in different positions. The Juniors goals came from Dylan (5), Thomas (2) with Finley and Zeke scoring one each.