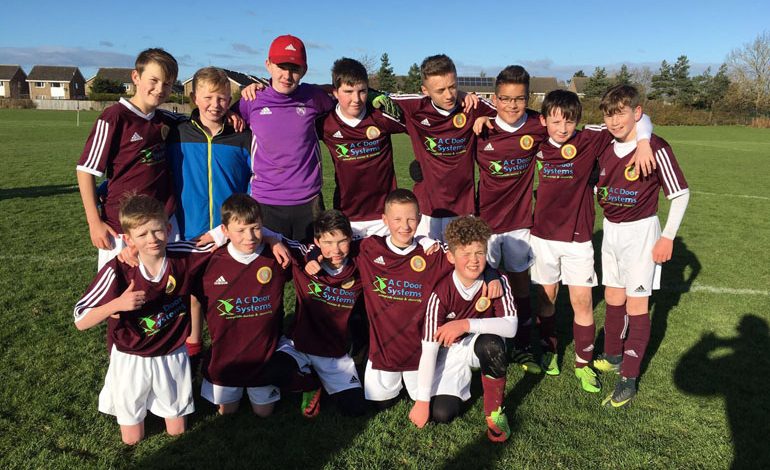 Aycliffe Juniors had most teams back in action again after some had enjoyed a break last weekend.

It was a return to league games and we saw some superb performances as well as a cup game for the Under 23’s.

The Under 6’s are enjoying a series of friendly games and played Hartlepool Youth this week. Yet again they had a great time learning the game before they start in the league next year and this week they won 12-5.

The Under 7’s hosted Stranton FC and it was the visitors who started well and got a two goal lead, Evan got one back for Aycliffe but it was 3-1 at half time. The second half saw the same pattern of scoring with Harry on target for the home team and the game ending 6-2. The second friendly game saw a 4-2 win with Logan and Harry both getting two goals in a great performance.

The Under 8’s travelled to play Norton & Stockton Ancients they dominated the game, passing well to create lots of chances. Oliver scored four, man of the match Alex got a hatrick and Dylan added two in a 9-2 win. The second game was played in next seasons seven a side format and ended with another win.

The Under 9’s were at home against Greatham FC and it was the visitors who started brightly. The Aycliffe team then settled in to the game defended well and took their chances to seal a 4-1 win. The scorers were Harry, Joe and Kai (2) with the man of the match awarded to Ashton. The second game saw another dominant win and man of the match Joshua J scored four goals.

The Under 10’s ‘White’ were away at Leven AFC it was a tight game with very few chances. Unfortunately for Aycliffe it was Leven who managed to convert a chance on goal to win the match 1-0.

The Under 11’s played at Redcar Town with a depleted squad due to injuries and illness. Playing against the wind in the first half they came to the break 2-0 down. The Aycliffe side changed to play a more attacking formation to get in to the game but the second half saw two more conceded in a 4-0 defeat. The whole team battled to the end of the game so were all named as men of the match.

The Under 12’s TJFA League team had a tough clash with Marton Blues at Sunnydale. They were 1-0 down in the first minute but then dominated the game, eventually equalising through Will’s goal in the second half. Despite a great performance their chances were not taken and a late goal was conceded as they lost out 2-1.

The Under 13’s played away against Leven Athletic whilst the Under 16’s were at home facing Billingham Synthonia, both teams recorded 4-2 wins.

The Under 23’s were in cup action against Pelton RAOB and it was a closely contested game. A goal from man of the match Rhys Bennett made the scores level at 1-1 with five minutes left. However it was the visitors who broke away to score the winner in the closing stages.