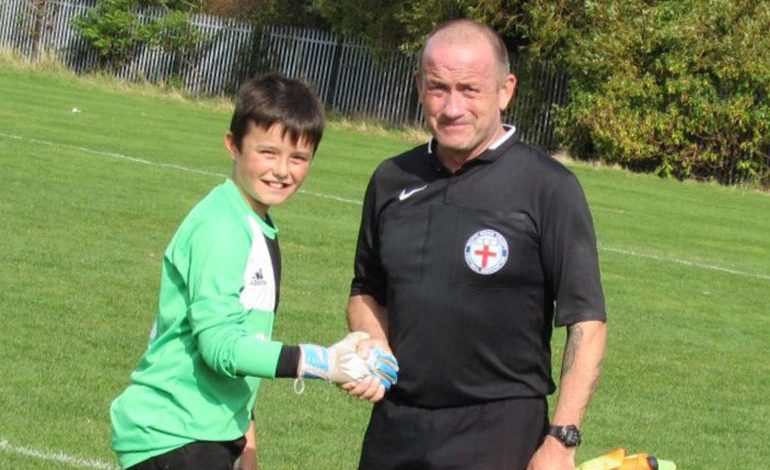 Newton Aycliffe Juniors were back in league action action this week across all the age group teams.

All teams have committed to ensure each player thanks the referee after every game so the club can all show their respect for the match officials.

It was the Under 7’s first league game and they played at home against Billingham United Hornets. Over the two games they were the stronger team. The first game though ended in a 3-2 defeat with both Aycliffe goals being scored by Alex. The second game saw a 10-4 win, Harry and Trent scored four each and Evan bagged two. All eight players involved were fantastic.

The Under 8’s travelled to face Seaton Carew and narrowly lost 2-1. Man of the match Kenyon was superb in defence and the goal came from Alex’s crisp strike. In the second game goals from Josh (2), Zeke and Thomas secured a 4-0 win.

The Under 9’s played Hartlepool Pools Youth at Sunnydale and were in top form winning 5-1 and dominating throughout. Kai and Harry scored the goals and Ashton was the man of the match. The second game ended in a 1-1 draw, Joe was the goal scorer and Jayden the man of the match.

The Under 10’s ‘Black’ hosted 21st Allstars Jets and ran out 7-0 winners. Jake and Jayden both scored great hatricks with Joseph also on the score sheet. The games man of the match was Emrehan.

The Under 10’s ‘White’ played away against Stockton Town Blue. They fell behind 2-0 but then got control of the game. Dominic and Jayden scored to share the league points in a 2-2 draw. The Aycliffe equaliser came with the last kick of the game and Jack was selected as the man of the match. The second game saw a 4-1 win, Aidan (2), Will and Jack scored the goals with Archie being named as man of the match.

The Under 11’s faced Normanby United at home and put in a great performance. Charlie, Jake and Alfie scored a goal each as they raced in to a 3-0 lead. Normanby scored before Zak made it 4-1. The visitors came back but with the game at 4-3 Noah made some great saves. Jake and man of the match Charlie then added their second goals in a great 6-4 win.

The Under 12’s Russell Foster league team traveled to Ouston Juniors but came away defeated 6-4. They found themselves 3-1 down early on but came back to level the score at 3-3. The hosts though took control and the Aycliffe goals from Taylor (2), Noah and Anthony came in vain. Archie was named as the games man of the match.

The Under 12’s TJFA league team were away at Boro Rangers White. They went ahead when a free kick move ended with Lucas finding Kayne who scored. Charlie created space for Zack to score twice but each time Aycliffe scored the hosts equalised and the game ended in a 3-3 draw.

The Under 13’s played at local rivals Heighington but were defeated 3-2. The Aycliffe goals came from Charlie and Harry.

The Under 16’s hosted Kader FC and went down to a 4-2 defeat in a keenly contested match. Stoker scored both Aycliffe goals.