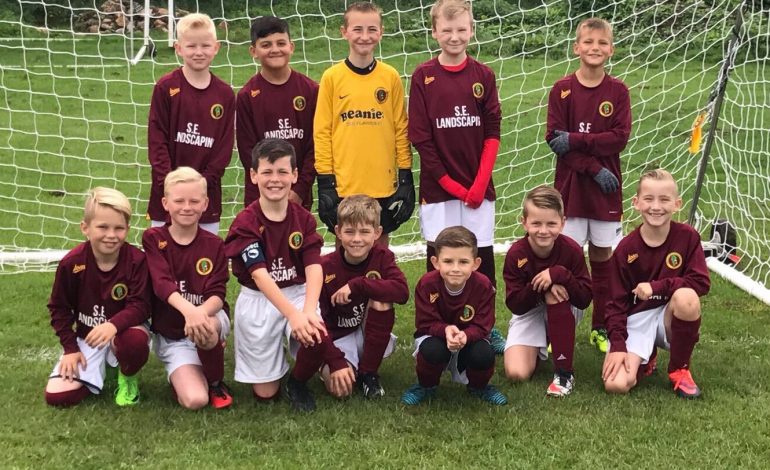 The TJFA League Cup draw saw only a few teams with fixtures in the first round of matches.

Our Russell Foster and Durham FA league teams continued their campaigns and the Under 7’s enjoyed a friendly.

The Under 7’s visited Richmond Town and played four games, each over fifteen minutes. Honours were even with a win, loss and two draws played out between the teams. The players had a great time and the coaches noted how well they were accommodated by their hosts at Richmond.

The Under 11’s had a tough home cup game against division one team Trimdon. Man of the match Jake Blythe scored from a free kick but it was not enough to get anything from the game as Trimdon secured the win.

The Under 12’s faced Stockton Town Blues in their League Cup fixture at Sunnydale. They were not at their fluent best and the first half ended with the score 2-2. Jake Marquis’ lovely chipped finish and Zack’s goal were cancelled out by a good free kick and a penalty from the visitors. The second half saw an improved performance, Zack scored four more goals, Liam bagged a brace and Will scored in a 9-2 win.

The Under 12 Russell Foster League team also played at Sunnydale against Felling Magpies. The visitors were in great form and raced in to a 3-0 lead within the first ten minutes. Aycliffe tried hard to get in to the game but two more goals were conceded towards the end of the match in a 5-0 loss. The games man of the match was Herbie.

The Under 23’s were in league action away at Hartlepool FC. They opened up a 2-0 first half lead as Raisbeck scored before Howe volleyed in the second. Second half goals came from Iley’s penalty and man of the match Raisbeck added his second to secure a 4-0 win.