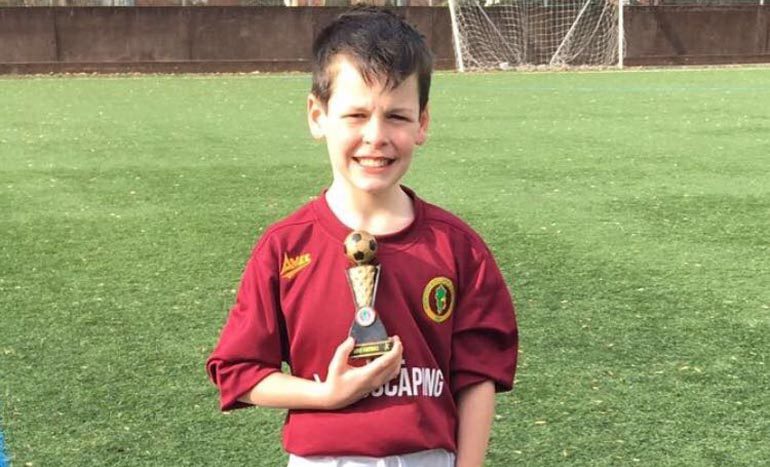 A good weekend of footballing action was preceded with the excitement of the TJFA cup semi final draws on Wednesday night.

Each of the Aycliffe sides involved got a home draw, in the League Cup the Under 11’s will face Whinney Banks. In the Challenge Cup our Under 9’s and 17’s will face Nunthorpe Athletic and Seaton Carew respectively.

The Under 9’s Russell Foster league had no game but really enjoyed a match day experience with Newton Aycliffe FC. The young players warmed up with the senior side, walked out with the team and took penalties at half time. All involved had a great day so thanks to their hosts at NAFC.

The Under 9’s TJFA league team played at Darlington based 21st All Stars who they had drawn with earlier in the season. The Aycliffe team opened up a 4-0 half time lead with goals from Jack, Jayden and Niall (2). In the second half Jack got his second then Harvey and Will scored in a 7-2 win. The second game was a 3-2 win with Harvey and Lucas the mornings men of the match.

The Under 10’s played at Sunnydale against Leven AFC White. Their goals came from Jayden and man of the match Jake (pictured) but it wasn’t enough to avoid defeat.

The Under 11 Russell Foster league team were away to North East Sports Tigers who also sit in a mid table position in their division. The lads played well but lost out 3-2.

The Under 11 TJFA league side faced Boro Rangers at home, after a missed penalty Lucas broke through and opened the scoring. The home team dominated the game and secured victory with further goals from Jacob and Charlie (2) in a 4-0 win.

The Under 12’s made the short journey to Shildon for a local derby game but lost out 2-1.

The Under 17’s played at home against Hardwick Youth hoping to make ground up on the league leaders Stockton West End, who had a tricky looking game against the third placed team. Kieran and Lewis scored in the first half to gain a 2-1 lead at the break. The same two players scored again after the break, Callum got his first goal for the club and Lewis Race added another in a 6-1 win.

The Under 23’s reversed their fixture and played struggling Consett Blackfyne at home. Two penalties from Slatcher came either side of Raisbeck’s goal to make it 3-0 at half time. The score stayed the same at full time and Craig Robertson was named as the man of the match.