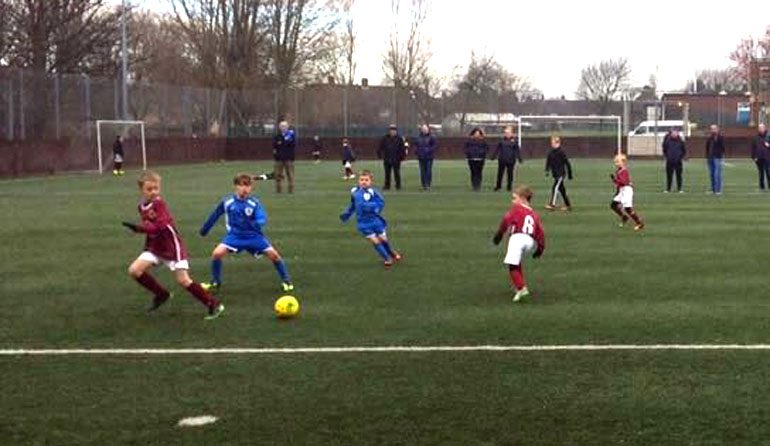 The wet weather took account for most of the Juniors action with only the Under 8’s and 17’s having matches played this weekend.

The Under 8’s have continued to dominate the Durham TJFA Division 2. They have played five games since the Christmas break, winning four and losing just once. Throughout these games the 27 goals scored are testament to the hard work all the players are putting in. This weeks game saw a 7-3 win against a side who have lost only twice this season. The players development is further demonstrated in the second friendly games where 14 goals have been produced from all over the pitch. With goal keeping duties shared between the players all have done well in pulling off great saves. This squad includes Lewis, Harrison, Marley, Josh T, Kai, Harry, Ashton, Joe, Ethan C, Josh C, Roman and Ethan N.

The Under 9’s did brave the weather to complete the Darlington South Park Run in order to raise funds for their team, well done to all who completed the run. Unfortunately there was no match for them to enjoy this weekend.

The Under 17’s had a top of the table clash at Stockton West End on their 3G surface. Before kick off Aycliffe trailed the league leaders Stockton by 7 points but have played 4 games less, so a win would leave them well placed in their push for the title. The home team though came away with a 2-1 win to retain top spot and leave Aycliffe needing to pick up points from the games in hand to close the gap at the top. In this game it was West End who took the lead before good interplay between Sam and Sean set up Kieran to volley in the equaliser. In a fiercely contested second half the hosts got ahead and despite Aycliffe pressure they couldn’t get the goal required to level the game.