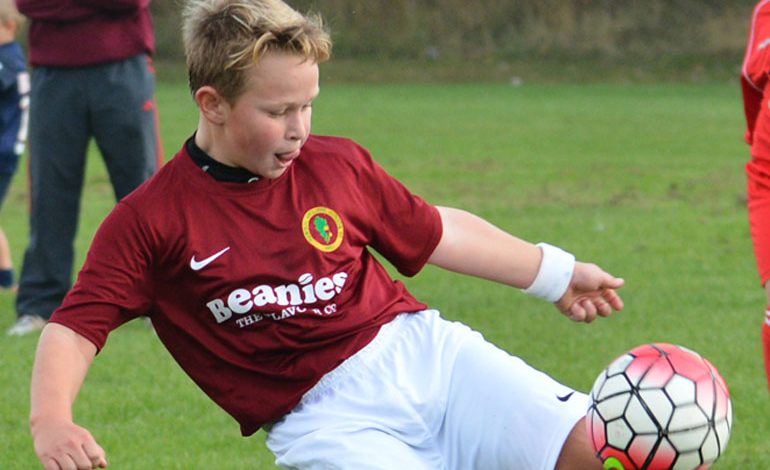 It was a weather affected weekend for the Aycliffe Juniors with a mixture of postponements and match action.

The Under 9 Russell Foster league team played Bishop Juniors and came away with a great 4-2 win. Jay Leaver scored and man of the match Jake Smith got a hatrick. So the team have completed their ten game winter league in third place with a total of seven wins and three losses.

The Under 9 TJFA team gained a convincing win against Barnard Castle. Jayden was the man of the match and he was joined on the score sheet by Jack, Aidan, Dom, Harvey and Will. In the friendly game Will, Dom, Jayden and Niall scored with Dan named as man of the match.

The Under 11 Russell Foster league team were 2-0 and then 3-1 ahead but lost out 4-3 away at Washington Lions. The Under 11 TJFA league team had their game postponed so met up to bid a fond farewell to Aaron who is leaving to move abroad. Aaron has been the corner stone of this teams defence for four seasons and won the league in each season he completed. In total he played 78 games and scored 37 goals, all the team wish him the best in his family’s new adventure abroad.

The Under 12’s had a big win at home against Greatham. Both Hume and Hardy netted hatricks and Cayless and Wilson grabbed a goal each in a fine 8-1 win. Aycliffe ran into a 4-0 lead before Greatham got one back on the strike of half time. Another four goals in the second half sealed a convincing win and Jacob Hume was named as man of the match.

The Under 15’s, 17’s and 23’s didn’t play with either no scheduled fixture or postponements, so they will look ahead to next week when all teams hope to get games played.