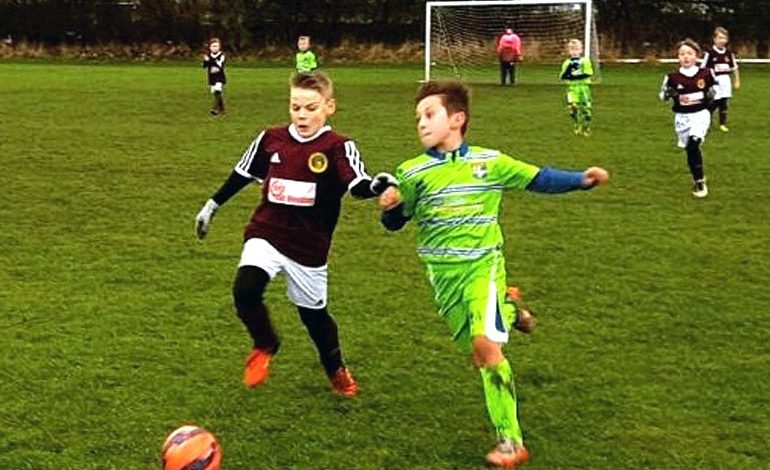 Aycliffe Juniors football teams had a mixed weekend with some having games fall victim to the inclement weather and others enjoying eventful matches.

The Under 7’s completed an unbeaten league season with a 6-5 win, what a superb first season for our youngest competitive side.

The Under 9 Russell Foster league team won their match 3-0. Jake Smith and Kenzie (2) scored and Charlie was the man of the match. They created chance after chance with great passing and movement, Kenzie got the first goal before Jake smashed home the second. They completed this dominant win after Charlie’s shot was blocked and Kenzie was on hand to slot the third goal home.

The Under 9 TJFA league team had a comprehensive 8-0 win at home against Seaton Carew. It was arguably the teams best performance of the season. Niall got the first two goals and he completed his hatrick after Jayden and Jack had also got on the score sheet. Jayden’s second goal opened up a 6-0 half time lead. It was Jayden who then completed his hatrick and Aidan who completed the scoring in this game. The second friendly game was a much closer 4-3 win and the mornings men of the match were Jack and Dan.

The Under 15’s were involved in a second versus third in the league clash away at Kader FC. They dominated play and could not have put in more effort but unfortunately lost out in the end. Elliot Dixon was the games man of the match.

The Under 17’s faced Middlebeck and ran out 5-1 winners. The visitors had defeated Stockton who top the table last week so they were in high spirits. Aycliffe though bossed the game and after an early penalty miss Lewis then opened the scoring. Sam scored the second but Middlebeck made it 2-1 just before half time. Second half goals from Dan, Lewis and a great free kick by Joe ensured the win.

The Under 23’s faced Chester le Street Town at Sunnydale, a team they had beaten earlier in the season. The game ended in a disappointing 4-5 defeat with Aycliffe not performing to the best of their ability. Several chances were either missed, cleared off the line or hit the woodwork. The goals scored came from Dixon, Ailey and a Raisbeck brace with Lochie Scott named as the man of the match.