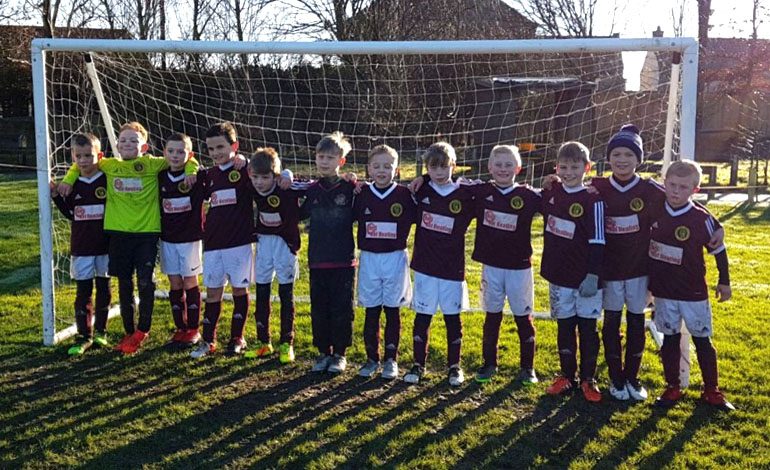 Aycliffe Juniors returned to action after the Christmas break. A mixture of postponements and there being no scheduled fixtures saw only a few teams play this week.

The Under 7’s put in a great performance away at Hartlepool Pools Youth. As a team they played some superb football and an amazing individual performance from Thomas saw him score eight of the nine goals in a 9-2 win. Lewis added the other goal and Thomas was man of the match. The second game was also won and Joshua was the man of the match in that game.

The Under 9 Russell Foster league team were up against the unbeaten Washington Athletic. They went a goal down before Kenzie equalised but Washington regained the lead before half time. In the second half Jake scored but the game ended with a 5-2 defeat for Aycliffe. Jake Smith was named as man of the match.

The Under 9 TJFA league team had a top of the table clash with Heighington. Lucas made a great early save with Conor and James were tackling well in the early stages. Aycliffe conceded goals either side of half time then Niall scored with a great free kick to make it 2-1. A late goal line clearance denied the equaliser and the final score stayed at 2-1. The second game was won and the mornings men of the match were Jayden and Dan.

The Under 15’s played against Darlington RA and started strongly with Stoker getting the first goal of the game for Aycliffe. Stoker completed a first half hatrick with Haynes getting another for a 4-0 half time lead. It was Stoker and Hynes who added a goal each in the second half to seal a 6-3 win. The man of the match award was shared between Ethan Stoker and Cameron Martin.

The Under 23’s had a local derby against Shildon. Aycliffe dominated the first half and led through Raisbeck’s goal. It was the same player who added the second in a great 2-0 win. Man of the match was Jordan Tonge who had an excellent game.