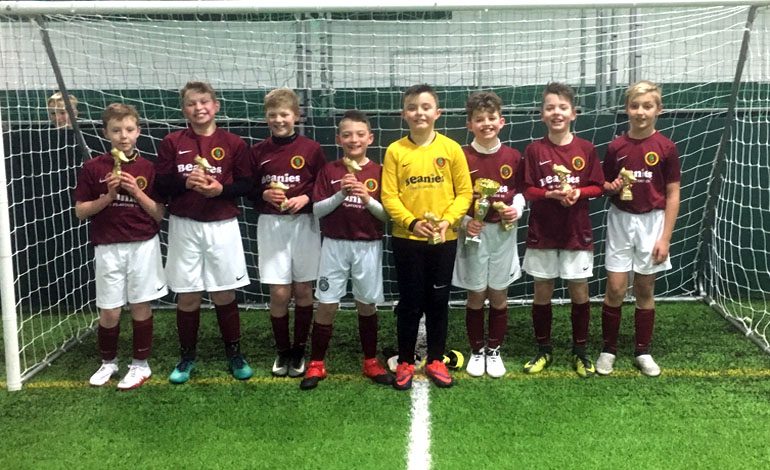 Newton Aycliffe Juniors Under 11’s entered the Christmas Tournament at Alun Armstrong Sports Centre and had a great days football.

In the group games they faced Shildon, Leven and Leyburn. The first game against Shildon saw some great football and the lads made a super start with a 5-0 win. Next up were Leven who compete in the same league as the Aycliffe team. It was another strong showing and a solid 2-0 win. The third and final group game was played against Leyburn, the squad were looking good and earnt a 4-0 victory.

As group winners they faced Barnard Castle who had finished as runners up in their group. Some lovely passing football involving the whole team was on show and this led to a dominant 5-0 victory.

Leven had beaten the other group winners, Whickham Fellside in their semi final so it was a repeat of the group game against Leven in the final. The game opened with a stunning strike from Aaron giving Aycliffe the lead in the opening minutes. More chances were created and the woodwork was struck twice but no more goals. The tournament victory secured with a 1-0 win.