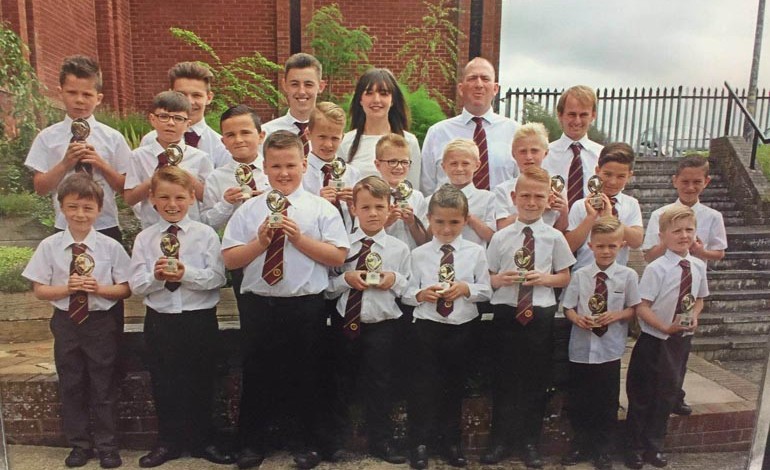 There was recognition for coaches, committee members leaving their roles this year and a welcome for all new volunteers joining us.

Club Chairman Nige Slatcher awarded this years Chairman’s award to Adam Cayless and Rob Goddard for their contributions to club development and promotion of the teams through social media forums, as well as in local news.

The prestigious Club Team of the Year was awarded to the Under 18’s Blacks who were highly successful winning the TJFA League and losing only 2 games all season.

Both Under 10 team’s achievements were noted with them winning the TJFA Division 1 and Russell Foster Division 5 titles respectively.

The Under 8’s and Under 10 (TJFA) were winners in the Bridlington Tournament with the Under 12’s also picking up a victory in the recent Escomb Tournament – huge congratulations to all these teams.

Each player in every squad received an award for their contributions to their side’s season whilst individual prizes were awarded as detailed below.

If anyone wants to get involved with the club for the coming season you can contact us via Facebook, on Twitter @NAJFC1 or e-mail [email protected]