It was another exciting weekend of football for the Aycliffe Juniors teams with both League and Cup games being played.

Before these matches all present observed a minute’s silence in memory of Syd Howarth, who sadly passed away last week.

The Under 7’s White were beaten by Pass Soccer Blues after a below par performance. Jack R scored all three Aycliffe goals in this 5-3 loss.

The Under 7 Juniors progressed to the quarter final of the League cup with a great 6-5 win against Hartlepool FC Youth. The goals came from Jack (2), Jonah, Kai, an own goal and man of the match Alfie scored on his debut. In the development game Marley scored a hatrick with Daniel and Dom adding a goal each in a 5-1 win.

The Under 8’s played against Middleton Rangers. They found themselves 2-0 down but came back brilliantly playing some great football and scoring goals through George, Jack and Sam to win the game 3-2. In the development game Alex and Logan scored in a 4-2 loss. 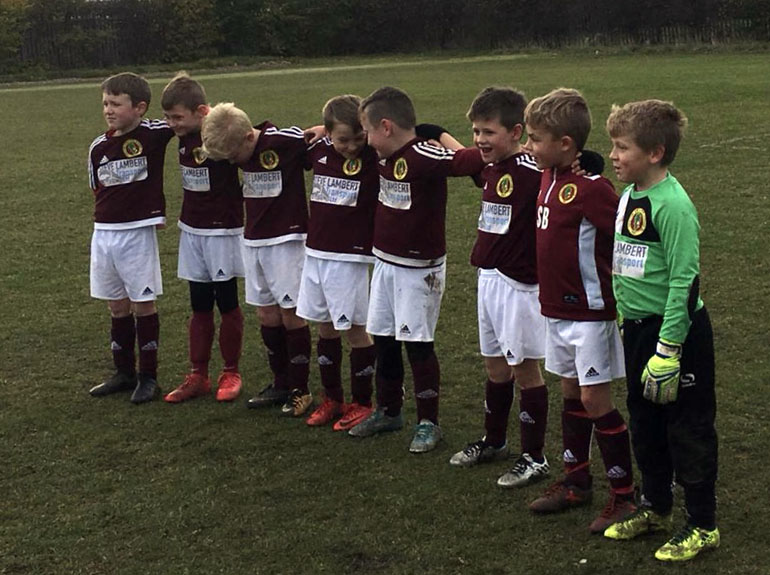 The Under 9’s will be in the next round of the Challenge Cup after a 5-0 home win against Hartlepool St Francis. The goals were scored by Thomas (2), Oscar, Jack and man of the match Preston. The development game was won 4-0 with Zeke (2), Oliver and Fergie getting the goals. Zeke’s first goal showed great skill to control the ball then a lovely vollied finish.

The Under 11’s White faced Coulby Newham away in the League Cup. They moved in to the quarter final draw with a 5-1 win as man of the match Dom Ward starred and Jayden (2), Ollie, Harvey and Archie scored the goals.

The Under 11’s Black shared an amazing fourteen goals with Bedale in a 7-7 draw. Reece and Caleb scored in the first half but as the teams changed ends Bedale were ahead 6-2. The score moved on to 7-5 as Aycliffe added three more goals. They kept pushing and further scores brought the game level at 7-7 before the Aycliffe team hit the woodwork twice in the dying seconds and were denied the win. Man of the match Noah epitomised the great spirit in the team and there were two goals each for Reece, Noah and Jake with Caleb also getting one.

The Under 12’s hosted Leven AFC Juniors in the Challenge Cup and came away 8-0 winners. Man of the match Jake Blythe scored a hatrick including one superb free kick and there was also one goal each for Dan, Thomas, Alfie, Charlie and Zak. 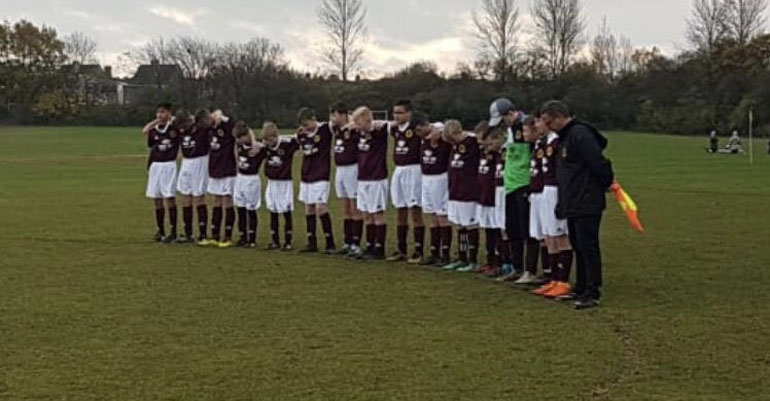 The Under 13 Russell Foster League team had a tough game against NSG Athletic Cobras and they narrowly lost out 3-2. Charlie and man of the match Lewis scored the Aycliffe goals. A special mention to the games referee, Tom Cayless, who handled a somewhat feisty encounter really well.

The Under 14’s sported new kits kindly sponsored by ROF 59 as they faced table topping New Marske. Sammy Clark scored to give them a 1-0 half time lead but the league leaders got ahead in the second half and finished well with three goals in the last five minutes to win 5-1. All involved with the team are sorry to see goal scorer Sammy relocating to Qatar so this was his last game for the club, we all wish him well in his new adventure.

The Under 17’s had a home Challenge Cup quarter final against Darlington TSC. The team will now look forward to the semi final as they ran out 8-2 winners. Man of the match Elliot Dixon scored twice in this fantastic win.

By Vicki Aspinall It was a welcome return back to grassroots football after the summer break for NAFC...
Youth Football

By Adam Cayless As the season comes to an end, on behalf of everyone at the club, we would like to thank...
Youth Football

By Adam Cayless U8s whites played Hebburn Town Valencia in an exciting game, and despite dominating, we...
Sep 17th 7:45 AM
Community