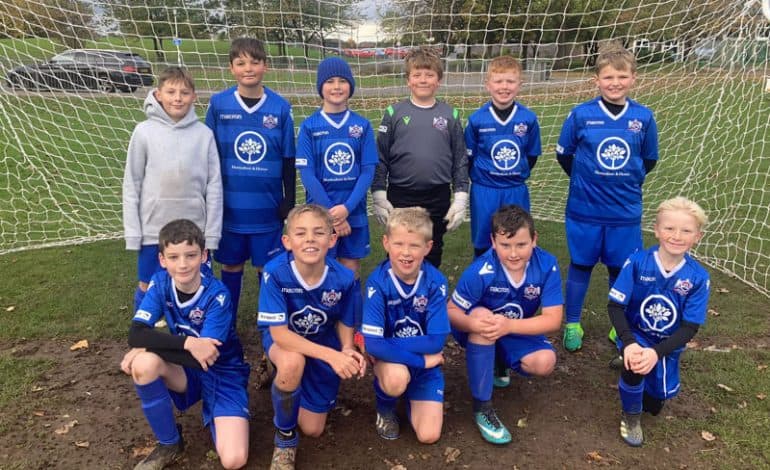 U9’s Blacks travelled to Hartlepool Youth Whites on Saturday. Against the wind, Aycliffe battled well first half, playing some nice football, going in level at HT. Second half Aycliffe lost concentration and shape which saw Hartlepool score twice. Despite late pressure, Regan hitting the bar with a free kick, Aycliffe couldn’t find a goal and the hosts got the spoils. MOTM Fin C

U10’s Blacks V East Durham. A very frustrating game today and unfortunately it just wasn’t our day. Both teams battled hard, but we struggled to get momentum going against a physical side. The boys gave their all but just couldn’t find the back of the net. POTM – Alfie for his strength and just never giving up!

U10’s Whites played against Sunderland west end, and it was very scrappy from start to finish. The Aycliffe boys kept getting frustrated and loosing concentration with the oppositions approach to the game, however, when they did play in between the free kicks they played good football. Goals coming from Jack and MOTM going to goalkeeper Jensen for an excellent performance.

U10’s Juniors hosted Northallerton on Sunday. A bit of a scrappy game but Aycliffe took hold of it with Sammy scoring 2 & Tyler following up on a missed penalty to add another. Second half we held firm, some good defending & saves from Jensen and we hit them twice on the break with two goals from Dom. MOTM Sammy.

U13’s Whites hosted table topping, unbeaten, Mount Pleasant Rangers. We dominated the first half, with MPR on the defence the whole time, but we couldn’t seem to finish, then Oliver fired in off the post. MPR equalised before half time with a hit and hope helped by the wind, HT 1-1. 2nd half was end to end game with both teams having chances, some quality corners from Ethan just couldn’t be converted. FT 1-1. MOTM Trystan.

U14’s hosted top of the table Whinney Banks Sunday morning. It was an entertaining game and we unluckily got beat 2-3 with goals coming from Brad and Mason! Liam was MOTM. We deserved something from the game, but it wasn’t our day.

U16’s hosted Felling Magpies in a frustrating game overall for the home team. Despite having a strong squad, Aycliffe didn’t get started in the first half, seeing us fall behind to two scrappy goals, giving Felling something to hold onto. 2nd half was a much-improved performance overall, with Charlie, Matthew, Brandon and Anthony going close, the Felling keeper having a good game to keep us out. NAFC 0 – 2 Felling Magpies. MOTM Matthew

U18’s played host to Kader today and ran out 6-1 winners. A dominant performance throughout, with some quality passing football. Goals from Jack x4, Dec S x1 and Lewis H x1. Up to 3rd with 2 games in hand. A week off now then back to it, well played lads, quality performance.