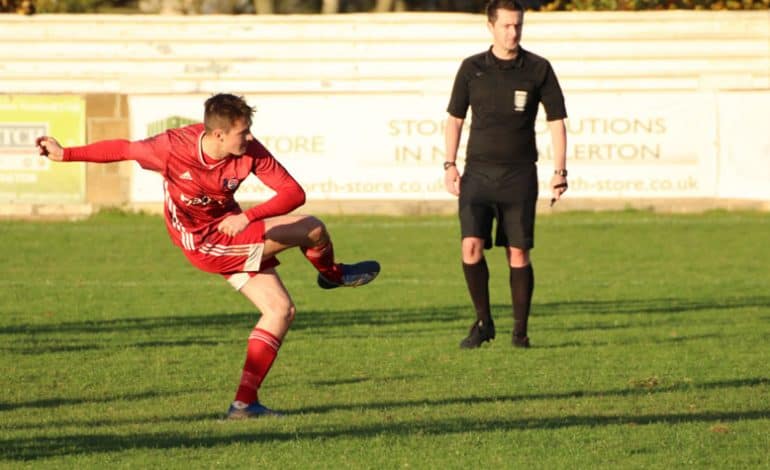 Newton Aycliffe hope to finally return to action this weekend with a trip to Thornaby in the Ebac Northern League first division.

It’s been a long layoff for Brian Atkinson’s men who last played on December 18.

There were no games scheduled over the Christmas and New Year period with three postponements following the planned resumption.

The league game at Newcastle Benfield on January 5 was postponed due to Covid while last Saturday’s match at home to Billingham Town fell victim to a frozen pitch.

Meanwhile, the Northern League have decided to delay their Cup competitions so the Brooks Mileson League Cup tie against Horden was also called off.

Aycliffe will be aiming to complete a treble over Thornaby having beaten them in the FA Cup and League 4-3 and 3-1 respectively.

They will be wary, however, of striker Adam Burnicle who moved from Moore Lane to Thornaby last month and will no doubt be keen to score against his old club.

As we start 2022 Newton Aycliffe sit seventh in the Ebac Northern League Division One.

Their next game will be a Durham Challenge Cup game at Chester Le Street on Tuesday, 18 January 18, before returning home to face League leaders Consett on Saturday, January 22 (ko 3pm).

That game will be followed by a Race Night in the Sports Club (6pm start) with tickets available on the door at £3 each.