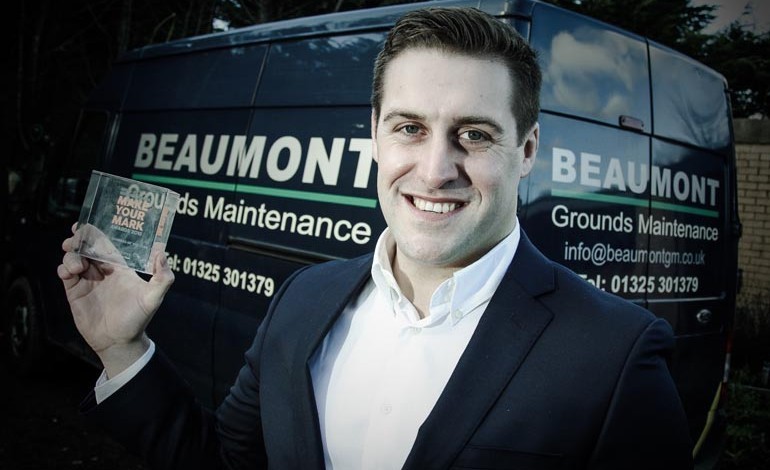 A Newton Aycliffe-based grounds maintenance and landscaping company is celebrating a year of significant growth, due to a recent programme of investment into the future of the business.

Family-run Beaumont Grounds Maintenance (BGM), which marked its 50th anniversary last year, saw an increased turnover of 36% on 2014, which it puts down to almost £120,000 investment in new technology in 2015.

The award-winning company, which specialises in general grounds and sports pitch maintenance, has also taken on new team members, including three new apprentices, to cope with the rise in demand after host of successful contract wins.

Director Alex Lineton (pictured above) said: “We have picked up a lot of quality new contracts over the past couple of years, which has obviously increased our turnover, but we have also improved the way we operate in order to make our business model future proof.

“We started to target specific geographic areas and have brought in new full time team members to make us run more efficiently, as well as three apprentices, who have taken to our work ethic incredibly well.

“Investing heavily in new technology has also been key to our recent success, as we believe in using the most up to date machines on the market to give our clients the best service possible. This includes machinery to complement our new service; 3G pitch maintenance.

“Over the last 51 years we have always tried to stay ahead of the game when it comes to new initiatives in our industry, we were even one of the first companies to invest in ride on grass cutters back in the early 1980s!”

To add to its year of success, the team at BMG won the Service Business of the Year award at the annual Aycliffe Business Park “Make Your Mark” awards 2015.

Based in Newton Aycliffe, BGM prides itself on its family ethos and values which it says sets it apart from other companies in the market place. It offers a bespoke, friendly service to a whole range of clients from small commercial sites to large business parks, factories and schools.