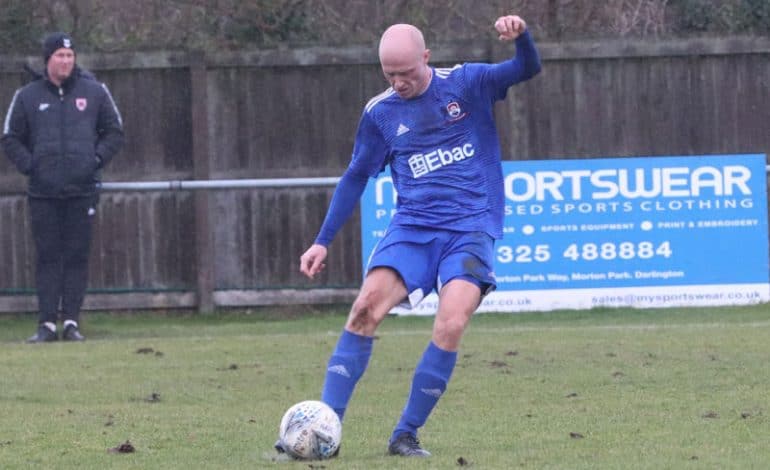 Newton Aycliffe FC returned to winning ways on Saturday with a victory over Guisborough Town, maintaining their sixth place in Ebac Northern League Division One.

A first half goal from Marc Costello (pictured above), who overtakes Aaron Brown in the club’s all-time goalscorer chart, was enough to give Aycliffe the three points.

Costello’s finish came at the end of some neat football as he was tee’d up from a sublime ball into the area by Liam Jarvie.

With over half an hour left, Aycliffe were reduced to 10 men when Ardelean saw a second yellow and a red following what most of the ground was a stonewall penalty after Dean, in the visitors’ goal, tripped him.

Some resolute defending followed as the 10-men dug deep and saw the game out, with Brown in particular making a fantastic block to save an almost certain equaliser.

Aycliffe are at home to Billingham Town on Tuesday night, followed by a trip to Whitley Bay on Saturday.