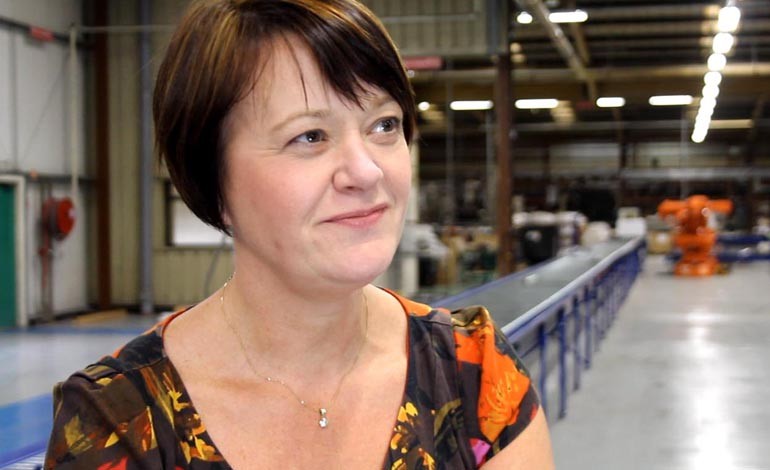 A ball to raise money for a charity set up to support the families of sick children has raised more than £6,000.

The Olivia Mae Foundation was founded by Pamela Petty (pictured above), managing director of Newton Aycliffe firm Ebac, with the aim of helping families during difficult periods when a child is ill in hospital.

Olivia Mae, the daughter of Pamela and her husband, Richard, who live in Bishop Auckland, died in the summer of 2007, aged nine-and-a-half weeks, as a result of Primary Pulmonary Hypertension.

Most of Olivia’s life was spent in the Freeman Hospital, in Newcastle.

The Olivia Mae Foundation has helped 21 families to date.

A local, young, single mum-of-three whose youngest child has Hypoplastic Left Heart Syndrome is one example of the charity in action.

All of the children were under five, and mum’s income was limited to state benefits.

Even though the distances were not great, this little boy was also in hospital for months and his mum just did not have the funds for daily travel to and from the Freeman hospital in Newcastle.

As she was his only visitor lack of funds meant that he could have days without seeing anyone other than hospital staff.

Help from the Olivia Mae Foundation meant that this little boy and his mum could spend time together on a regular basis, which was essential for his emotional wellbeing (and hers).

Mrs Petty said: “The Olivia Mae Foundation is run by families for families to provide that vital lifeline in the moments after mums and dads might have been told by the hospital there is a serious problem and they need to make emergency arrangements.

“We can cover those costs and let them get on with caring for their children.

“I would like to personally thank family and friends and all the local businesses that have been so generous with their time and donations to make the ball the fantastic success it was.”