A Newton Aycliffe manufacturing firm is set to appear on a new primetime TV programme tonight!

Lord Jones drove management at Ebac to re-examine everything they have learned over 40 years of manufacturing as they worked to re-launch the Norfrost brand, taking on the likes of Indesit, Zanussi and Hotpoint, in a market which saw the collapse of Norfrost’s previous owners.

Viewers saw how Lord Jones has been working alongside management, led by Managing Director Pamela Petty, in the build-up to the first new Norfrost freezers being produced next month. 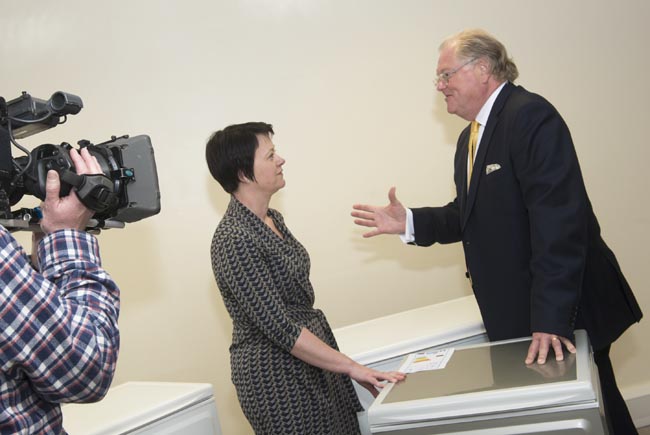 “The launch of Norfrost freezers marks a major investment for us, so to be under the spotlight from Lord Digby Jones and the TV cameras at the same time has added a real element of external scrutiny to the process,” said Petty.

“Working with Lord Jones has been more than just filming a TV series. It has been a great opportunity to use and learn from his experience and to take on board his views and criticisms, as well as taking pride in what he feels we do well.”