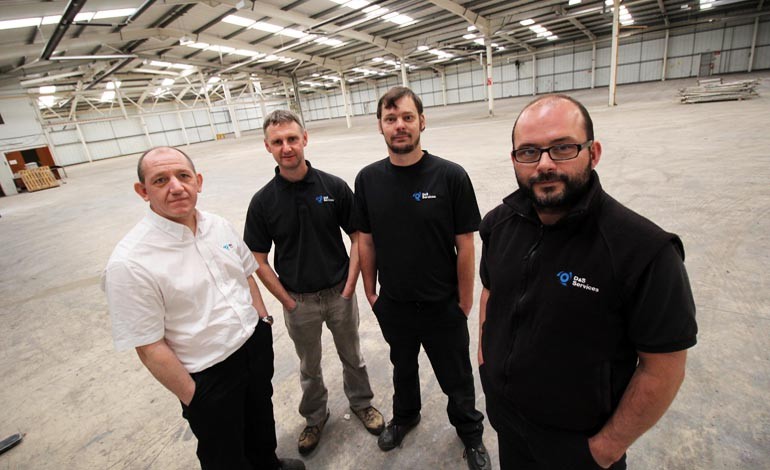 A North East factory which has stood empty for six years after the collapse of a well-known company will get a new lease of life when it re-opens for business this summer.

Newton Aycliffe fabrication firm D&S Services is expanding its operations with the acquisition of a 46,000 sq ft factory on South West Industrial Estate in Peterlee.

The site used to belong to Suncrest Surrounds until it closed in April 2009 with the loss of 105 jobs, and has been unoccupied since.

D&S Services, which employs 28 staff, is moving into the unit in a £360,000 expansion which is hoped will double the firm’s turnover to £4m and create at least 15 new jobs.

Formed in 2004, D&S Services operates five sub-brands but due to high growth has outgrown its current 10,000 sq ft premises on Aycliffe Business Park, which it is retaining.

The move will more than quadruple the firm’s floor space and enable it to realise potential future growth as well as increase sales and personnel in Aycliffe and Peterlee.

Commercial director Alastair Tennant – pictured (above, right) with operations director Mark Kelly, technical director Andrew Gaskins andproduction manager Steve Bassett – said: “It’s good news for Newton Aycliffe because we’re looking to increase operations and take on more staff there, and it’s great news for Peterlee because we’re bringing an old factory back to life which has been empty for the last six years.

“The intention is to grow what we do in Aycliffe as well as establish and grow the new Peterlee operation.

“We also have a lot of clients in the Peterlee and Wearside area and space constraints meant we were outgrowing our site at Aycliffe, so it made sense to look for additional space in another part of the North East and Peterlee is an ideal location for us.

“It will enable us to realise some major growth. We’ve got potential contracts on the Material Handling side that we want to take advantage of, but which we’re not able to take on due to space constraints.

“D&S Material Handling has grown significantly over the last 12 months and we can see a lot of future growth in the business.

“It’s a major development for the company. We’re spending £180,000 on new machinery and around the same on getting the new site to where we want it to be, so it’s a substantial investment.”

Nine new workers have joined the company in the last six months, increasing staff numbers from 19 to 28 to deal with a surge in work at its Aycliffe site.

And Alastair says the firm’s Aycliffe operation remains an important part of the business.

He added: “Aycliffe Business Park is a great place to be and our Aycliffe site remains an integral part of the company.

“The aim is to create 15 new jobs between the two sites over the next two years while doubling turnover from £2m to £4m.”