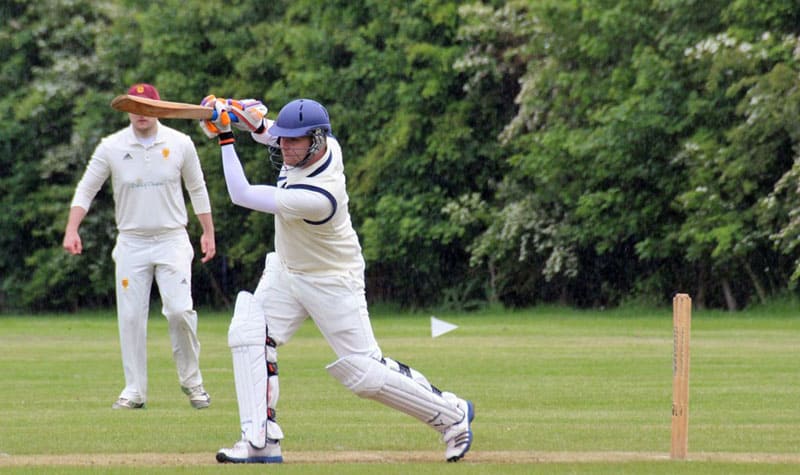 Aycliffe’s first team were denied a win in their last game of the season when Darlington 2nds fought hard and batted out their allotted 50 overs to earn themselves a draw.
Captain Adam Randall (sponsored by DTS Joinery, pictured top) batted brilliantly for Aycliffe and smashed the visitors bowling to all parts of the ground finishing with his season’s best score of 66 from just 47 balls faced and his eye catching innings contained seven boundaries and four sixes.
The final league stats for the Club’s 1st team this season are :- played 11, won 4, lost 4, drew 2 and one game lost due to the weather. Final points total is 146 and the firsts finished 6th in the NYSD 2nd division table, a slight drop compared to last season’s third place finish.

Our young 2nd team were well beaten away at Preston by 124 runs in their final game of the season.
Dan Weldon batted superbly for Aycliffe achieving his second half century in four games. He was last man out for a career best 58 from 78 balls faced and his excellent innings included ten well hit boundaries.
The final league stats for the club’s young 2nd team this season are: played 10, won 3, lost 6 and one game lost due to the weather. Final points total is 114 and the seconds finished a creditable 7th in the NYSD 4th division table for the second consecutive season.