A Newton Aycliffe engineering company that survived a “withering” recession is celebrating its 20th anniversary as company bosses breathe a sigh of relief.

ALM Solutions boss Tony Thompson started the company on 6th June 1994, based at a small unit in South Church, near Bishop Auckland.

A few years later he doubled the size of his premises when he moved to a 5,000 sq ft unit in Spennymoor before moving into his current 11,000 sq ft factory on Grindon Way, Aycliffe Business Park, in November 1999.

At its peak, ALM was employing 48 people as business boomed before the recession hit in 2008 and the company lost a “ridiculous amount of cash”.

Staff numbers tumbled to 26 at its lowest ebb, but after diversifying into oil and gas sectors, ALM has gradually recovered. Work has picked up, investments have been made and the number of employees are back up to 34.

Tony admits he wasn’t sure if the firm would see its 20th birthday.

“It was a pretty bleak time,” he said. “But now we’re coming up 20 and, when you look back over the last few years, it’s an achievement we’re very proud of.

“The first five years was easy. We were in a bit of a niche market and grew quite rapidly. Years five to 10 was a difficult period in terms of growth, when we had to employ more people and you go from a small family firm to bringing managers into the business.

“But then the withering recession hit and it wiped out about 40% of the business overnight.

“We diversified into the precision engineering market and that brought with it its own skill demands. 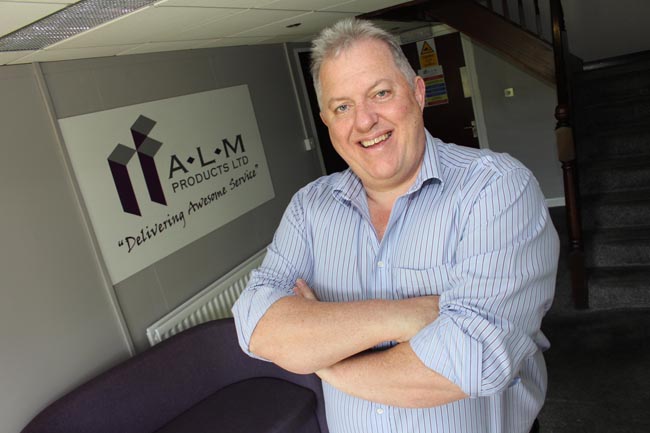 “So we’ve seen all sides of it. Hopefully now we’re starting to come out of the back end of the recession. We’ve got good growth and a good order book now, and we’re back in recruitment mode.”

Many employees have stuck with ALM through thick-and-thin. Machinist John Lyons has been with the company since it started 20 years ago.

Other longstanding members of staff include David Steele and Alan Lamb (17 years), Paul Fowler (16 years), Alan Smith (15 years), Barbara Lamb (12 years) and Chris Pollitt (10 years), while four other employees have been with them for nine years.

“You forget how much you grow as a business and the people grow with you,” says Tony.

“They come as 20-year-old kids and now they’re married with two kids who are almost leaving school. You forget just how much you have to support people over the years.”

Tony started out as an Apprentice with Darchem Engineering on Aycliffe Business Park in 1978, but the firm closed its Aycliffe site as he was ending his Apprenticeship.

To make ends meet, Tony drove a wagon for a couple of years and spent six months in Hamsterley Forest as a lumberjack.

He then purchased a company called Winston Fabrications with a friend, a business which is still going now, but later sold his share and moved on to work for Tomaz in South Church and Cobtech in Shildon before launching ALM Products in 1994.

“It was the right decision,” he says. “I never get up on a morning and don’t want to come to work. Often I may go home on an evening and not want to come back, but by the next morning I’m looking forward to it again.

“Over the years we’ve done quite well and had a good life out of the business. We’ve certainly learned a lot in the last five years. It’s just been a case of managing cash flow with very little help from financial institutions.

“We lost cash so quickly it took us nearly four years to replace it, although we’re back on top of it now. It’s been a long, hard slog to get back on top of things, but we have.

“We’ve got a much better cash flow now, and by the end of next year we’ll be out of a lot of debt. And the sooner, the better.”

ALM is back in recruitment mode and is now looking to start taking on Apprentices again, as well as looking for skilled people.

“I still don’t think engineering is perceived as a good career move in school,” he says.

“And yet I think it has got to be one of the best opportunities for school-leavers at the minute. It’s a chance to enjoy a long career earning potentially lots of money.”

More details about ALM Engineering Solutions can be found at www.alm-es.co.uk, or you can contact them on 01325 313377 or [email protected]