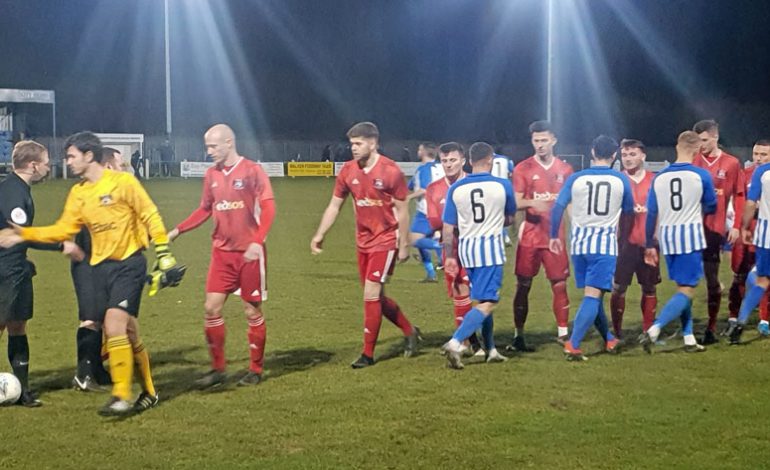 Newton Aycliffe travelled to Newcastle Benfield and came away with a point after a 0-0 draw on Wednesday night.

They should have taken all three points as they dominated both halves. Aycliffe had chances to win, but Benfield cleared the ball off the line on three occasions.

Aycliffe started brightly and centre forward Andre-Vasile Ardelean hit the post with quarter of an hour gone, the ball then hit the Benfield keeper on the rebound and went out for a corner.

Aycliffe had to concentrate at the back though as Benfield were quick on the break. Ex-Aycliffe player Dennis Knight got on the end of a long pass out of defence and hit the side netting.

That was the closest Benfield got to a goal all night. Centre half Aidan McGee was making his debut for Aycliffe and he repelled most of the Benfield breakaways and took the man-of-the match award.

Aycliffe were pressing and Liam Jarvie had great chance on 26 minutes.

After a good team move, the ball broke to him in the penalty box. He hit his shot well, but it was too close to Benfield keeper Grainger and he saved well.

The midfields were seeing most of the ball and there were no further chances before half time.

The pattern continued after the break, with Aycliffe on top. Lewis Walton dribbled through the defence five minutes in, and his shot took a deflection that just missed the goal.

Ardelean then had a good chance but directed his header straight at Grainger from a corner. Benfield then kept Aycliffe out by kicking the ball off the line twice in less than a minute, immediately followed by Aycliffe hitting a post.

The game then fizzled out a bit, as players tired on the heavy pitch, and Aycliffe had to settle for a point and remain in seventh place, with games in hand.

Aycliffe’s next match is away to West Auckland on Saturday (February 29, 3pm), followed by Hebburn at home on Tuesday (March 3, 7.45pm).