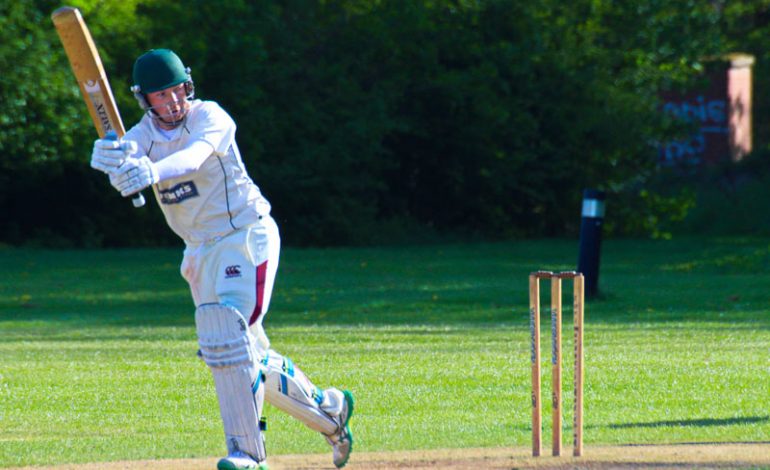 Aycliffe’s first team could only manage a draw away at relegation candidates Redcar in a high scoring game. Aycliffe batsman Adam Randall (sponsored by DTS Joinery) smashed a fantastic century and was eventually dismissed for 130 from 117 balls faced and his amazing innings included 15 boundaries and seven huge sixes.
The draw drops Aycliffe back down to fifth place in the second division table with 319 points from 22 games played and with just two games left to play.

The second team finished off their season with a huge 162 run win at home to Northallerton 2nd XI. The match will be remembered for a sparkling century by Joe Haines (sponsored by Pheonix Energy, pictured above), who finished his superb innings with a career best 121 runs from 104 balls faced and included twenty boundaries and a six. It was the first league century by a second team batsman for 19 years and only the sixth in all 2nd team competitions in the history of the club. Haines and David Robinson also set a new second team club record putting on 165 for the third wicket partnership.
Special mention must also go Aycliffe’s 15-year-old bowler Iain Robson, who took career best figures of 4 for 30 to help dismiss the visitors for just 94.
Aycliffe’s second team finished a creditable seventh in the NYSD fourth division table with a final playing record which read, played 18, won 4, lost 5, drew 4 and five games lost due to the weather and with a final points tally of 161.