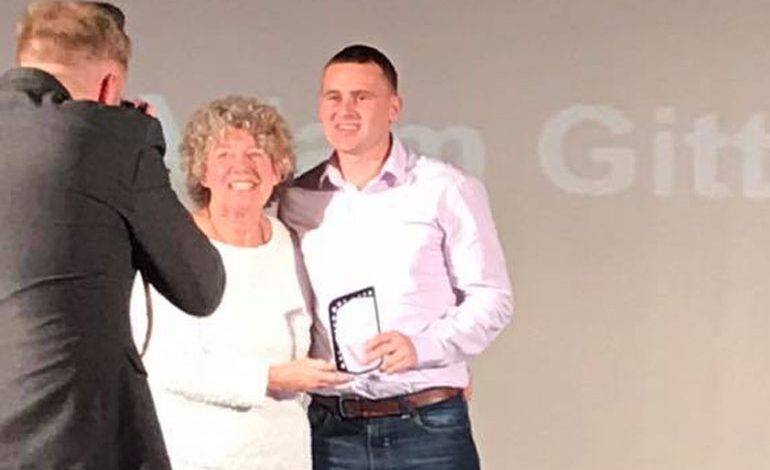 The awards ceremony, held at East Durham College last Friday, saw Adam nominated alongside six other coaches from a variety of sports, including cricket, football and cycling.

After his success on Friday Adam will now go forward to represent the region at the prestigious County Awards held at the Gala Theatre Durham, in January.

Adam was named Coach of the Year in recognition of the work he does with junior cricketers at Newton Aycliffe, where he oversees all junior development including managing the Clubs under 11 team and running coaching sessions for children aged from 5 years.

He also organised the club’s first-ever under 9 softball tournament held at Moore Lane earlier in the year.

Club chairman Ian Palmer was also nominated in the category ‘Contribution to Sport’ for the work he does behind the scenes, including organising funding for ground improvements and preparing the ground on match days.

Ian was up against four other nominees, the award going to Norman Grimmer from Ferryhill Bowls Club who has been involved in bowls for over 60 years.