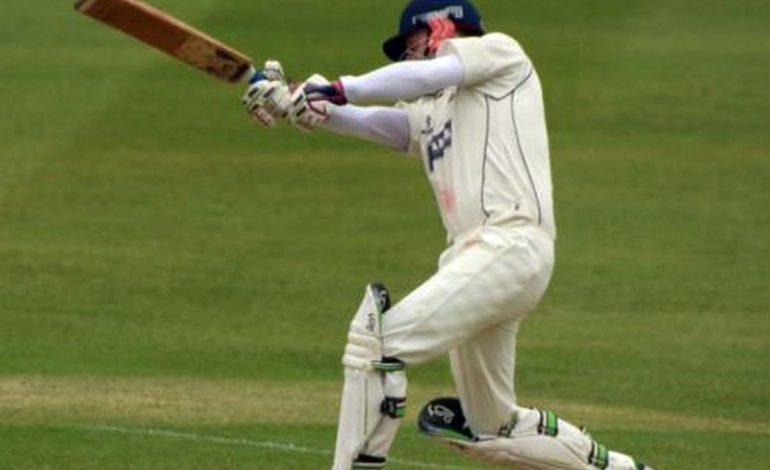 Aycliffe’s first team could only manage a draw at home to Hartlepool 2nd XI in an entertaining match. Aycliffe all-rounder Michael Howe (sponsored by Yvonne and Bob Wood, pictured above) had an excellent game taking two wickets in the Hartlepool innings and then top scoring with his seasons best innings of 64 not from 77 balls faced and he hit eight boundaries. Michael Howe now just needs one more wicket from next week’s final game of the season to reach the notable landmark of 50 wickets and 500 runs in a season for the second consecutive year.
The draw keeps Aycliffe in fifth place in the second division table with 330 points from 23 games played and with just one game left to play.