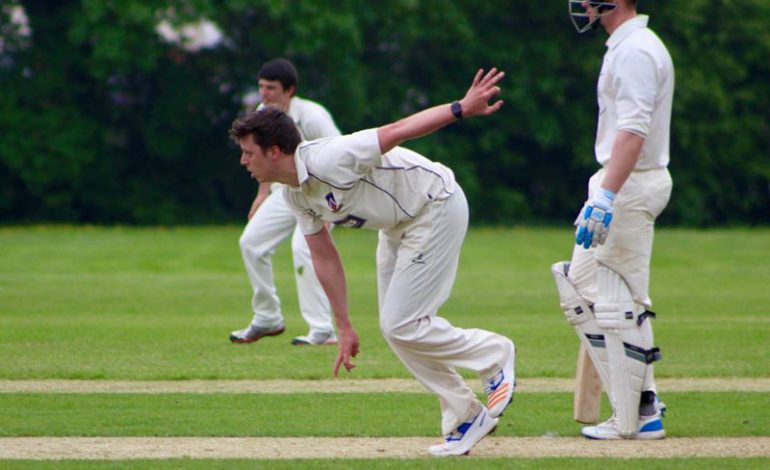 Aycliffe’s first team continued their recent fine form recording their sixth win from their last seven games played when they came out on top at home to Northallerton firsts by 86 runs. All-rounder Michael Howe (sponsored by Yvonne and Bob Wood, pictured above) had a fine game for Aycliffe when he top scored in the first innings hitting 47 from 48 balls including seven boundaries. He then followed that up in the Northallerton innings by recording excellent bowling figures of 2 for 26 from 13 overs and his second victim gave him his 350th senior wicket for the club.
Aycliffe move up to fourth place in the second division table with 268 points from 19 games played, only six points behind 3rd placed Norton and with a game in hand.

The second team completed a superb league double over Maltby 2nd team when they came out on top in their away fixture in the NYSD 4th division. Aycliffe’s slow bowler Lewis Gimple (Beaumont Ground Maintenance) was in outstanding form finishing with outstanding career best figures of eight wickets for just seven runs from 9.4 overs.
Aycliffe’s second team leapfrog Maltby and move up to seventh place in the NYSD 4th division with 126 points from 15 games played.