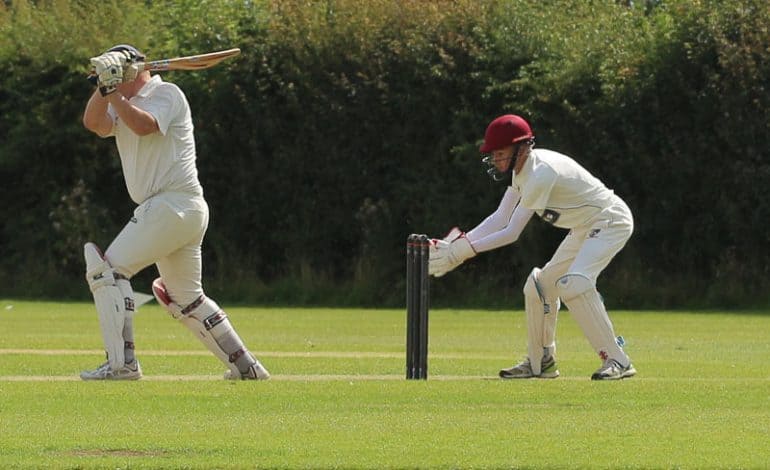 The first team stretched their losing streak to six consecutive league games, this time going down by six wickets away at Hartlepool 2nd XI.
Only Sam Telford (14 runs) and 16 year old Owen Smith (11 runs) managed double figures in an awful batting performance by Aycliffe as they were skittled for just 78, their lowest score of the season. The home side rushed to victory inside 18 overs despite a couple of wickets from James Layfield-Carroll and he was ably assisted by wicket keeper Owen Smith (sponsored by Eileen Quinn, pictured above) who held two good catches behind the stumps.
Aycliffe picked up just three bonus points from this defeat and they now have 175 points in total from 16 games played and drop down to 10th place in the NYSD 2nd division table, just one place above the relegation zone.

Newton Aycliffe’s young 2nd XI put up a good fight against promotion chasing Darlington RA 2nd XI, but were still well beaten by 74 runs.
16 year old Leo Mercy (sponsored by Joint Design Direction) had good all round performance for Aycliffe, firstly taking 3 for 57 from his 10 overs and then jointly top scoring with 24 from 46 balls, including four boundaries, when Aycliffe replied.
Aycliffe’s 2nd XI picked up five bonus points from this defeat and they remain in 11th place in the table with 87 points from 13 games played.