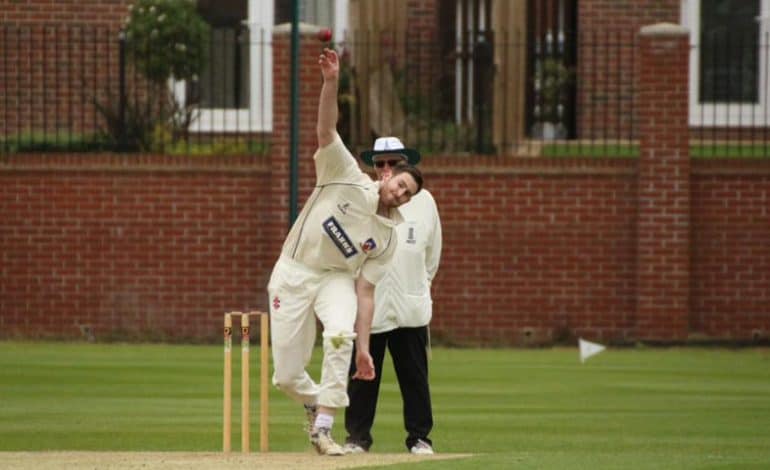 The first team had a disappointing result when they lost by seven wickets away to relegation threatened Great Ayton 2nd XI after failing to defend their impressive first innings score of 237.
All rounder Sean Morgan (pictured above) was once again the stand out performer for Aycliffe, firstly scoring an unbeaten 34 off 38 balls with the bat and then taking the only three wickets to fall when the homeside replied, finishing with the creditable figures of 3 for 60 from his 15 overs of seam bowling.
Aycliffe picked up six bonus points from this draw and they now have 165 points in total from 14 games played and remain in eighth place in the NYSD 2nd division table.

Newton Aycliffe’s young 2nd XI were well beaten at home by Maltby 2nd team by eight wickets.
The only bright spots of the game for Aycliffe were an excellent innings by Dan Craggs (sponsored by Your Holiday Booking), who top scored with 38 from 43 balls and a career best score of 25 from 62 balls by Matty French.
At the half way stage of the season, the second team remain in 11th place in the table with 79 points from 11 games played.