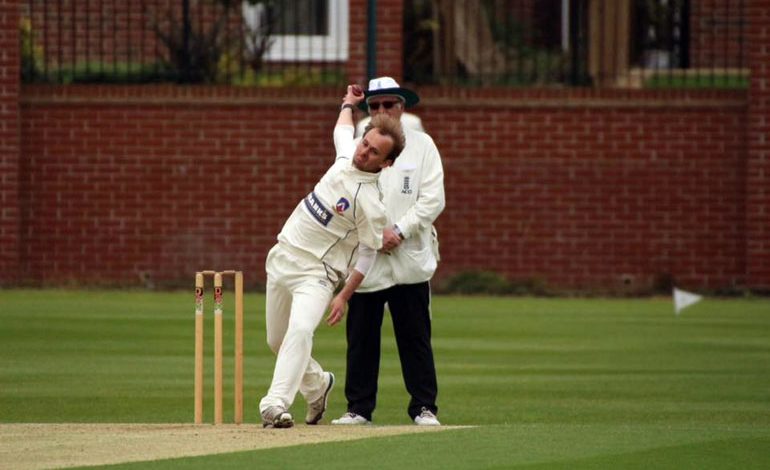 Aycliffe 1st team put in a much improved performance and comfortably held on for draw at home to Hartlepool 2nd XI. George Slatcher (sponsored byTina and Dean Greaves, pictured above) was the star of the show for Aycliffe with a superb all round display. In the Hartlepool innings, opening bowler Slatcher finished with the excellent figures of 4 for 47 from his 13 overs and then when Aycliffe replied, he top scored with a first team personal best of 60 runs from 114 balls faced and his match saving innings included ten boundaries.

Aycliffe’s young 2nd team were well beaten by seven wickets away at runaway leaders Darlington RA 2nd XI.
16 year old Owen Smith top scored for Aycliffe with 20 off 30 balls and he hit three boundaries in his innings. When the homeside replied Matty French bowled for only the second time in his Aycliffe career and took two of the three RA wickets to fall, finishing with 2 for 21 from 2.1 overs.