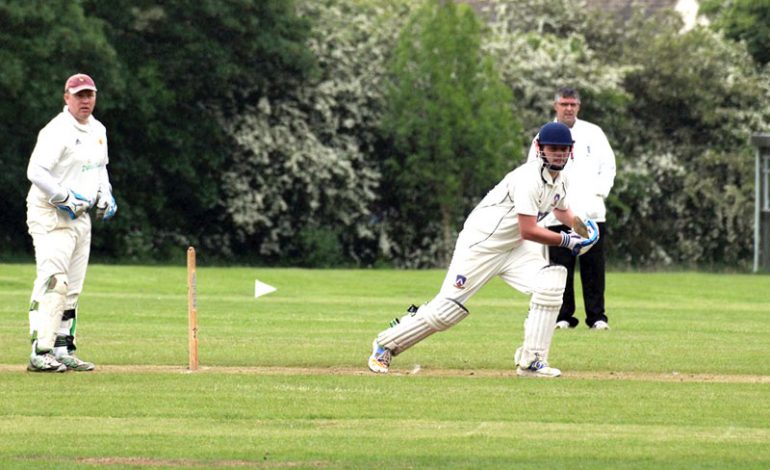 Aycliffe’s first team were surprisingly well beaten away at Northallerton by 50 runs. Aycliffe were dealt a blow when in-form captain Luke Telford badly hurt his ankle just before the game started and so they had to play with ten men. Lewis Gimple (sponsored by Beaumont Ground Maintenance) bowled superbly taking 5 for 39 from his lengthy 13 over spell. Special mention must go to all-rounder Michael Howe (pictured in action above) who scored ten runs in the Aycliffe reply, which took him past the 4,000 runs milestone for the club.
Aycliffe drop down a place to 9th in the NYSD 2nd division table with 87 points from eight games played.

The second team lost for the first time this season when they were beaten at home by a very strong Stockton 2nd XI who now lead the 4th division table. Captain Joe Haines (sponsored by Pheonix Energy) again top scored for his team with 22 runs from 44 balls and his innings included two boundaries and a well hit six.
The 2nd team remain in 8th place in the NYSD 4th division table with 41 points from six games played.