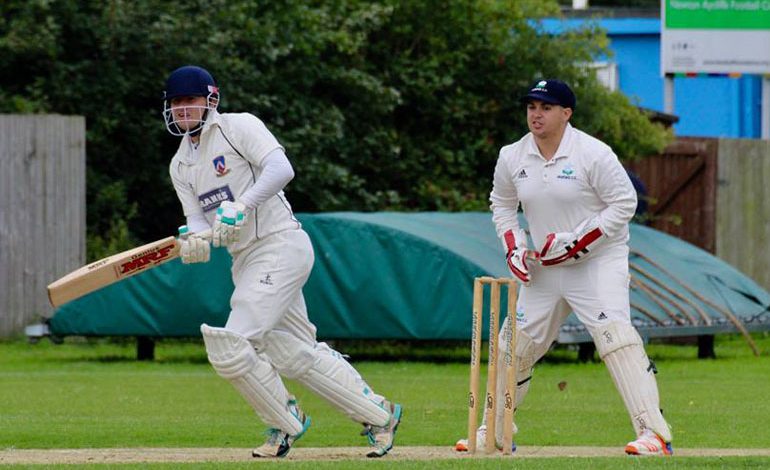 Aycliffe 1st team were well beaten at home to Great Ayton 2nd XI who romped to victory with four wickets and a massive 22 overs in hand.
Despite the defeat, vice captain Adam Gittins (pictured) continued his good start to the season and followed up last week’s innings of 42 with an excellent half century. Gittins was eventually dismissed for a battling 56 from 140 balls, hitting five boundaries and the runs scored moves him up to fifth in the all time leading run scorers for Newton Aycliffe CC.
In reply the visitors easily reached their winning target despite some good bowling from George Slatcher who took 3 for 47 from his nine overs

Aycliffe’s young 2nd team, again put in a creditable performance away at a vastly more experienced Preston 1st XI and were eventually beaten by five wickets.
Captain Ryan Patrick (sponsored by A Star Bathrooms) top scored in the game with an excellent unbeaten 63, including five boundaries and two sixes.
Aycliffe’s young bowling attack made the home side fight for every run and special mention must go to 13 year old Will Dearden, who finished with 2 for 19 and 14 year old Harrison Pearson, who finished with 2 for 25.