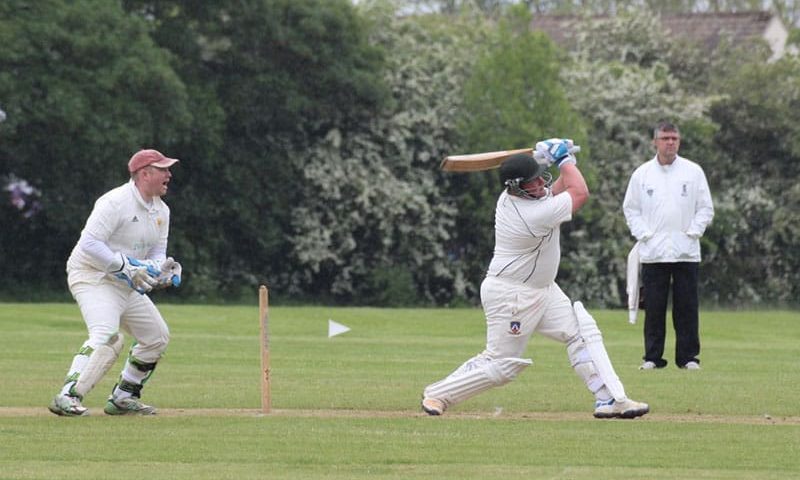 A much changed Aycliffe first XI began their new season with a frustrating draw away at Saltburn 2nd XI. New captain Chris Palmer (sponsored by Vanila Design & Print, pictured above) top scored in the Aycliffe innings with an excellent 53 off 93 balls and he hit seven boundaries.
In the Saltburn reply, Sean Morgan bowled brilliantly taking four wickets for just 14 runs from his 9 overs, but Aycliffe unfortunately couldn’t take the last two wickets and had to settle for the draw.

Aycliffe’s 2nd team, which contained eight junior players and had an average age of just 17, played fantastically well against pre-season promotion favourites Sedgefield 2nd XI and were unlucky to lose a terrific game by just two wickets.
Aycliffe vice captain Dan Weldon, who missed nearly all of last season due to an overseas posting with the RAF, made a superb comeback when he got the game’s top score of 57 not out. His chanceless unbeaten innings was made from just 60 balls and contained two huge sixes and eight boundaries when he ran out of partners.
13 year old Will Dearden also had a good game finishing with 3 for 24 from his 5 over spell with the ball when Aycliffe took to the field.