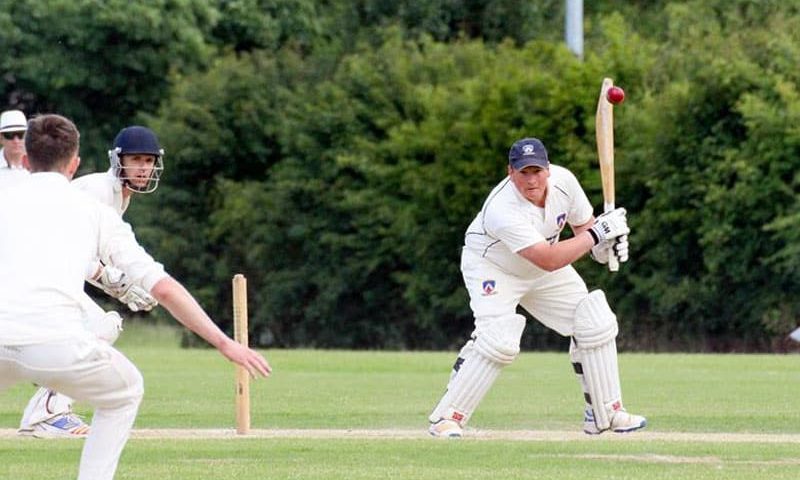 The first team were well beaten by 70 runs away at bogey team Barnard Castle 2nds despite captain Adam Randall (sponsored by DTS Joinery) scoring his fifth half century of the season. Randall was eventually dismissed for his side’s top score of 69 from only 57 balls faced and his classy innings included eleven boundaries and three big sixes.

Special mention must go to club stalwart Chris Palmer (pictured above) who scored a typically robust 41 off 39 balls, including two boundaries and four sixes and in the process became the first person in the club’s history to pass the incredible milestone of 10,000 senior runs for Newton Aycliffe CC.

Aycliffe still managed to pick up eight bonus points from this defeat to give them a total of 193 points and they now currently sit in joint eighth place in the NYSD 2nd division table with just four games left to play.

Aycliffe’s second team were comfortably beaten by 57 runs at home to Maltby 2nd XI despite a number of excellent individual performances from the young side.
Fourteen-year-old opening batsman Thomas Dearden (sponsored by Kevin Burton) batted effortlessly to score his first senior half century finishing on exactly 50 from 46 balls faced and his superb innings included nine boundaries.
Sixteen-year-old Leo Mercy also had an excellent game, firstly taking 2 for 28 when the visitors batted and then reaching his highest senior score finishing unbeaten on 44 from 51 balls and he hit seven boundaries.
The second team also picked up eight bonus points from their defeat, which takes their seasonal total to 184 points and consolidates 7th place in the NYSD 4th division table with just three games left to play.