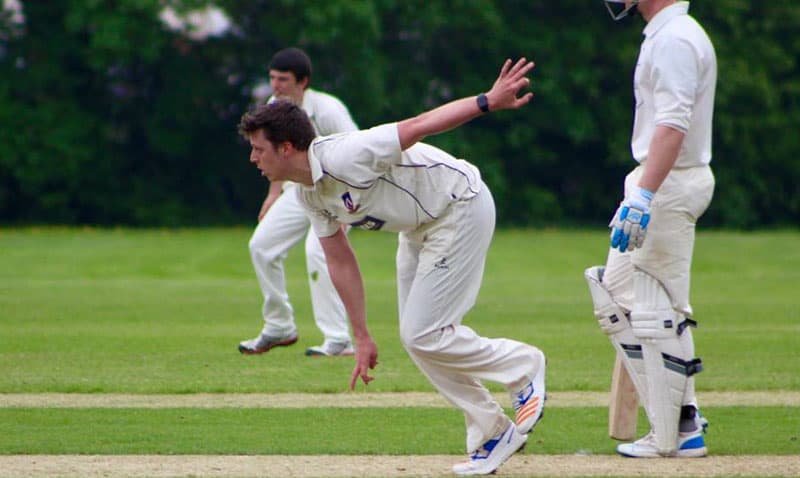 The first team put in a terrific performance to win their first game for six weeks when they thrashed Hartlepool 2nd XI by ten wickets. Michael Howe (sponsored by Yvonne and Bob Wood, pictured above) was the pick of the Aycliffe bowlers finishing with the superb figures of 4 for 15 from his eight over spell as the visitors were skittled for 70.
In reply opener Luke Telford (sponsored by Unison) smashed nine boundaries and a six to finish unbeaten on 47 from 34 balls faced as Aycliffe hurried to victory with more than 64 overs in hand.
The 20 points gained from this impressive victory considerably eases Aycliffe’s slight relegation fears as they move up to 7th in the NYSD 2nd division table with just five games left to play.

Aycliffe’s 2nd team pulled off yet another brilliant win, this time by 44 runs away at Northallerton 2nd XI. 14-year-old Thomas Dearden (sponsored by Kevin Burton) put in another excellent all round performance. Firstly top scoring in the Aycliffe innings, when he hit 29 runs off 54 balls including three boundaries. He then bowled a ten over spell of leg spin taking two wickets for just 22 runs when the homeside batted.
The 25 points the 2nd team gained from this victory takes their points total to 176 from 17 games played and they climb up to 7th place in the NYSD 4th division table with four games left to play.