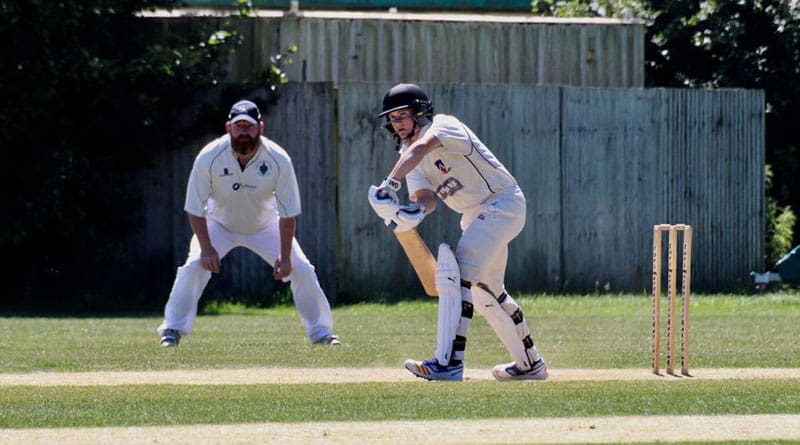 With a number of key players unavailable due to self isolating, Aycliffe still put in a tremendous performance to almost snatch a dramatic late win away at Norton first XI.
Chasing the homesides score of 205, Aycliffe finished just six runs short of victory and had to settle instead for a draw.
Called in as a late replacement, Ryan Patrick (sponsored by A Star Bathrooms, pictured above) batted superbly to reach his maiden first team half century and was eventually dismissed for 51 off 67 balls, hitting three boundaries and a six in the process.
Jack Slatcher also deserves praise for an excellent all round performance, initially taking 2 for 23 from 13 overs in the Norton innings and then following it up with a valuable 46 runs from 87 balls when Aycliffe batted.
The 12 points gained from this draw moves Aycliffe up to 7th place in the NYSD 2nd division table with 150 points from 13 games played.

Saturday’s scheduled 2nd team league game at home to Stockton 2nd XI was cancelled as eight players in the club were self isolating due to Covid.