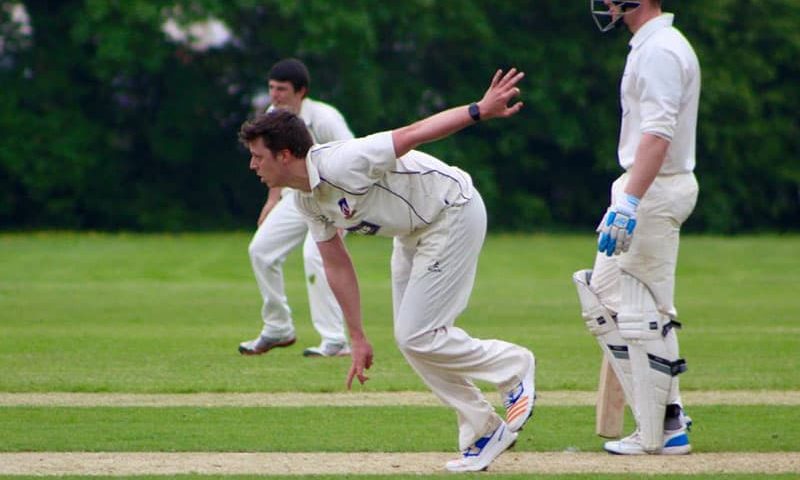 Aycliffe’s first team lost away to Rockliffe Park by just 28 runs despite a gallant run chase from the visitors. All rounder Michael Howe (sponsored by Bob and Yvonne Wood, pictured above) was in splendid form taking 3 for 58 in the Rockliffe innings, his third wicket taking him to 400 senior wickets for Aycliffe becoming only the fifth player to reach that notable landmark for the club. Howe then top scored in the Aycliffe reply with an aggressive unbeaten 51 off just 41 balls and his innings contained four boundaries and three sixes.
Despite this defeat, Aycliffe remain in 8th place in the NYSD 2nd division table with 110 points from ten games played.

16 year old Matty Greaves (sponsored by Brittania Fire) put in a good all round display, scoring 25 runs and taking the only wicket to fall. Sean Morgan (28 runs) and Dylan Tribley (23 runs) also batted well for Aycliffe.
At the half way stage of their season, the second team sit in 8th place in the NYSD 4th division with 106 points from eleven games played.