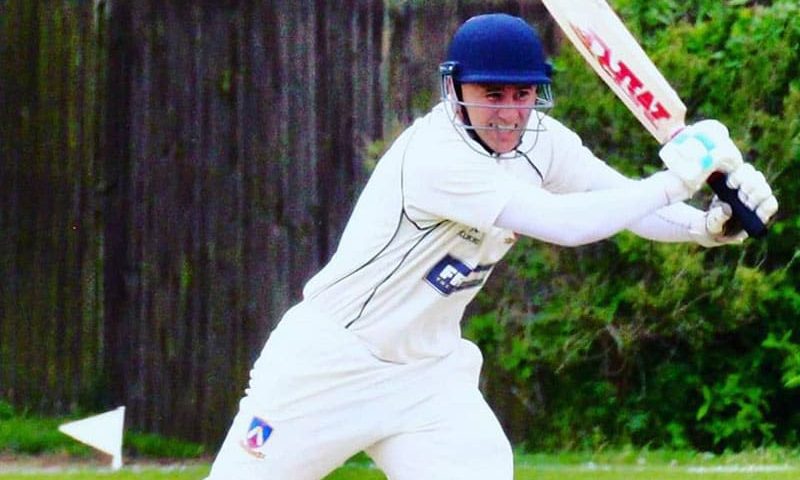 Aycliffe first team were comfortably beaten at home by Barnard Castle 2nd XI by five wickets after a below par performance. Adam Gittins (pictured above, sponsored by Midland Structural Services) shone with the bat hitting his highest score of the season of 58 from 109 balls with seven boundaries.
James Layfield-Carroll (sponsored by Unison) also put in his best performance of the season taking four Barnard Castle wickets for 41 runs from his 8.2 over spell.
Despite the defeat, Aycliffe’s first team remain in 7th place in the NYSD 2nd division with 76 points from seven games played.

The second team put in an outstanding all round performance to win away at Maltby 2nd XI by 85 runs. Dylan Tribley played his first game after missing the last three seasons through injury and put in a tremendous performance as he top scored with an aggressive innings of 40 from 42 balls with the bat and then finished with 2 for 13 with the ball during the homeside’s innings.
This impressive win helped to push the second team up to 7th place in the NYSD 4th division with 67 points from seven games played.

Aycliffe 2nds lost the second game of their weekend double header away at Bedale in a very tight game by four wickets. Joe Haines (sponsored by Eileen Quinn) top scored with 30 and a couple of wickets each for Patrick Howe and James Layfield-Carroll were the individual highlights of the game.
The bonus points gained from this defeat pushed Aycliffe up to a very respectable 6th place in the NYSD 4th division with 73 points from eight games played.